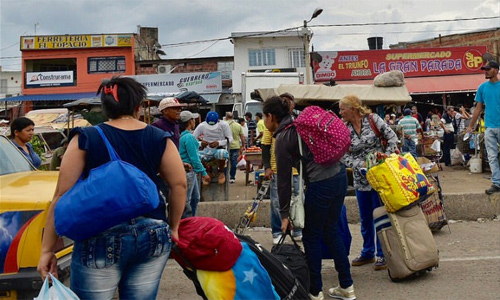 The Working Group to Address the Regional Crisis Caused by Venezuelan Migrant and Refugee Flows of the General Secretariat of the Organization of American States (OAS) added three women and two men from Brazil, Cuba, the United States, Mexico and Venezuela.

The five immigration and refugee specialists join the Group Coordinator, David Smolansky, and the Co-coordinator and Director of the OAS Department of Social Inclusion, Betilde Muñoz-Pogossian, both of Venezuelan nationality.

The new members – who will work ad honorem – are:

This Working Group will also rely on contributions from experts in various areas. The Working Group plans to visit the countries of the region that receive Venezuelan migrants and refugees to produce a report that determines how many they are and where they are, and that contains a series of recommendations to improve their situation.

Another objective of the Working Group is the creation of a multilateral cooperation fund that addresses the following issues: food, medical care, education, training, shelter, legal assistance, and child care.