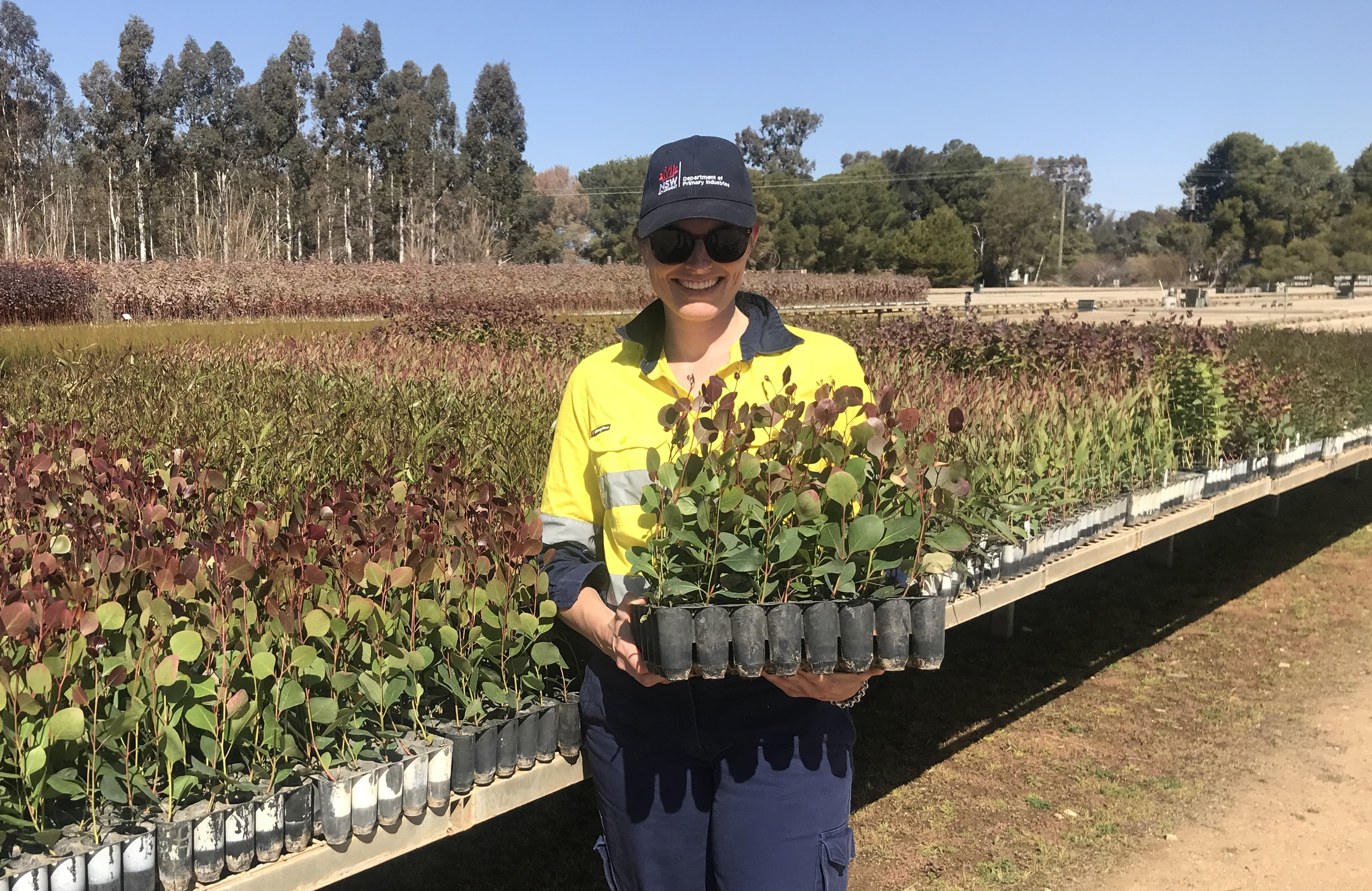 As part of the Climate Change Research Strategy, the NSW Department of Primary Industries (DPI) $4 million Biomass for Bioenergy project is investigating opportunities for increasing the amount of sustainable biomass use in NSW with a focus on electricity generation.

NSW DPI Senior Research Scientist, Dr Fabiano Ximenes said one of the purposes of the project is to identify available and potential feedstocks for bioenergy generation at varying scales, with an understanding of techno-economic and social constraints.

“The trials will be established at DPI Research Institutes at Orange and Yanco, and as the current drought conditions improve, at Tamworth, Scone and Glen Innes.

“At a later stage, the project will also expand to include trials on marginal or unproductive mining and farmland sites.

“An estimated 6,000 native trees will be planted at each trial site, with woody crops including several mallee species, more traditional forestry species and Acacias.”

Blue mallee (Eucalyptus polybractea) will be used as a control species at each site as it is well established as a biomass or carbon sequestration species in southern Australia.

Mallees are multi-stemmed trees that are able to re-shoot numerous times, most grow in very harsh and often semi-arid conditions.

Mallees have 50 per cent of their carbon stored in their large root systems, which are not harvested. The carbon sequestered as a result of the biomass crops can be significant even following frequent harvest cycles.

Acacias generally have rapid early growth, and some species are quite cold tolerant, an advantage for high altitude, inland sites. Acacias fix nitrogen leaving open the possibility of alternate rotations of acacia or mixed species cropping.

Dr Ximenes said dedicated biomass crops would benefit various degraded lands and result in the creation of long-term job opportunities in regional NSW, across all parts of the supply chain, covering growing, harvesting, transporting and processing.

“Woody biomass crops may be used for a variety of renewable energy applications,” he said.

“This includes electricity generation at a smaller scale, such as hybrid solar-biomass systems, potentially allowing for regional communities in NSW to become energy self-sufficient.

“The use of local biomass for renewable energy generation contributes to energy security and allows for a gradual transition into large-scale solar and wind systems.”