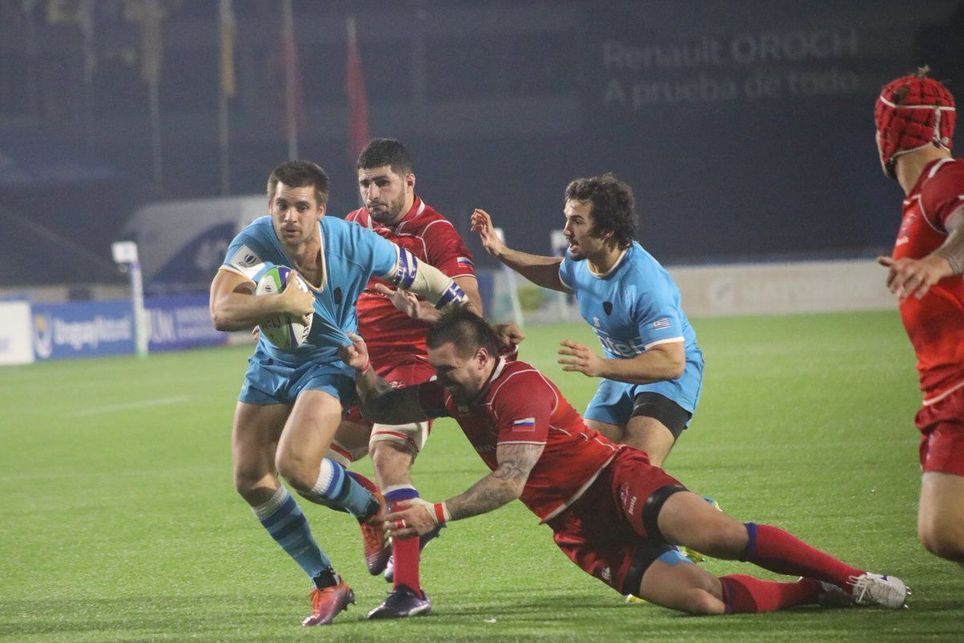 Hosts Uruguay and Argentina XV enjoyed bonus-point wins against Russia and Namibia respectively on the opening day of the World Rugby Nations Cup at the Estadio Charrua in Montevideo.

With three of the 20 teams involved at Rugby World Cup 2019 taking part and Argentina’s fringe players looking to push their case for selection for Los Pumas, the significance of this year’s World Rugby Nations Cup was not lost on the participants as play got underway at the Estadio Charrua in Montevideo on Tuesday.

Judging by their impressive 48-26 win over Russia, Uruguay’s preparations appear to be going well, while uncapped Argentina XV winger Facundo Cordero staked a claim to be a Rugby World Cup ‘bolter’ with a brace of tries in his side’s 39-25 win over Namibia.

The round-robin tournament continues on Sunday with Uruguay’s encounter with Namibia immediately following on from the match between Argentina XV and Russia.