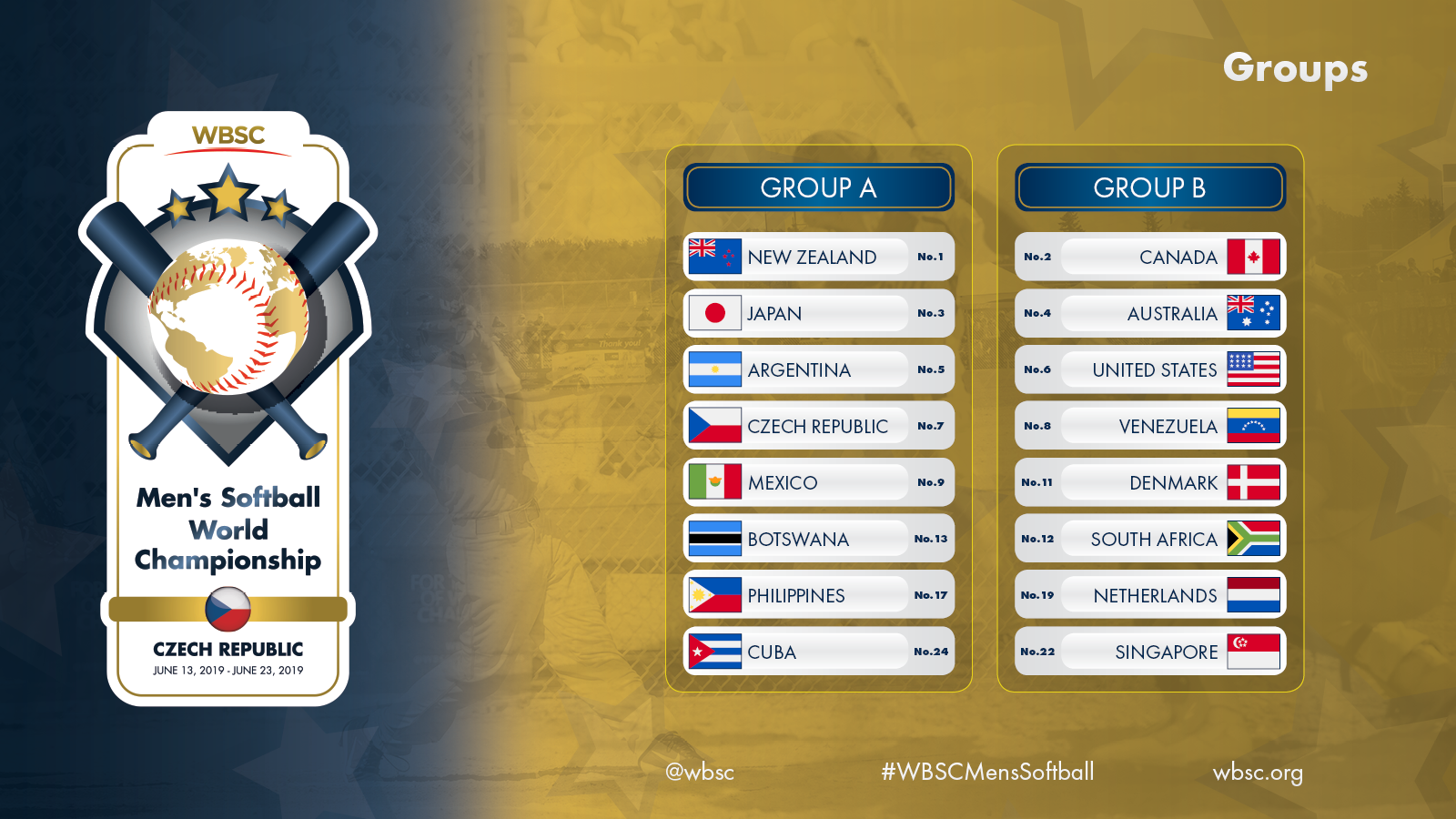 72 games in Republic will determine the best softball country/team in the world.

The World Baseball Softball Confederation (WBSC) today announced the group draw and a 72-game schedule for the XVI WBSC Men’s Softball World Championship 2019 — the highest-level softball competition on the planet — which will be held from 13-23 June in the Czech cities of Prague and Havlickuv Brod. The groups showcase National Teams coming from all five Olympic continents, highlighting softball’s ongoing global development and reach.

The men’s softball pinnacle tournament will feature 72 games across 11 days of competition, before crowning the best softball team in the world. Following the Opening Ceremony on 13 June at 18:00 local time, host Czech Republic and defending world champion New Zealand will officially open the global tournament. The World Championship Finale is slated to be played on 23 June at 19:30, following the bronze medal match at 16:30. After the Opening Round, the top four teams of each group will advance to the playoffs to battle For the Title of World Champion in an eight-team, single-elimination bracket.