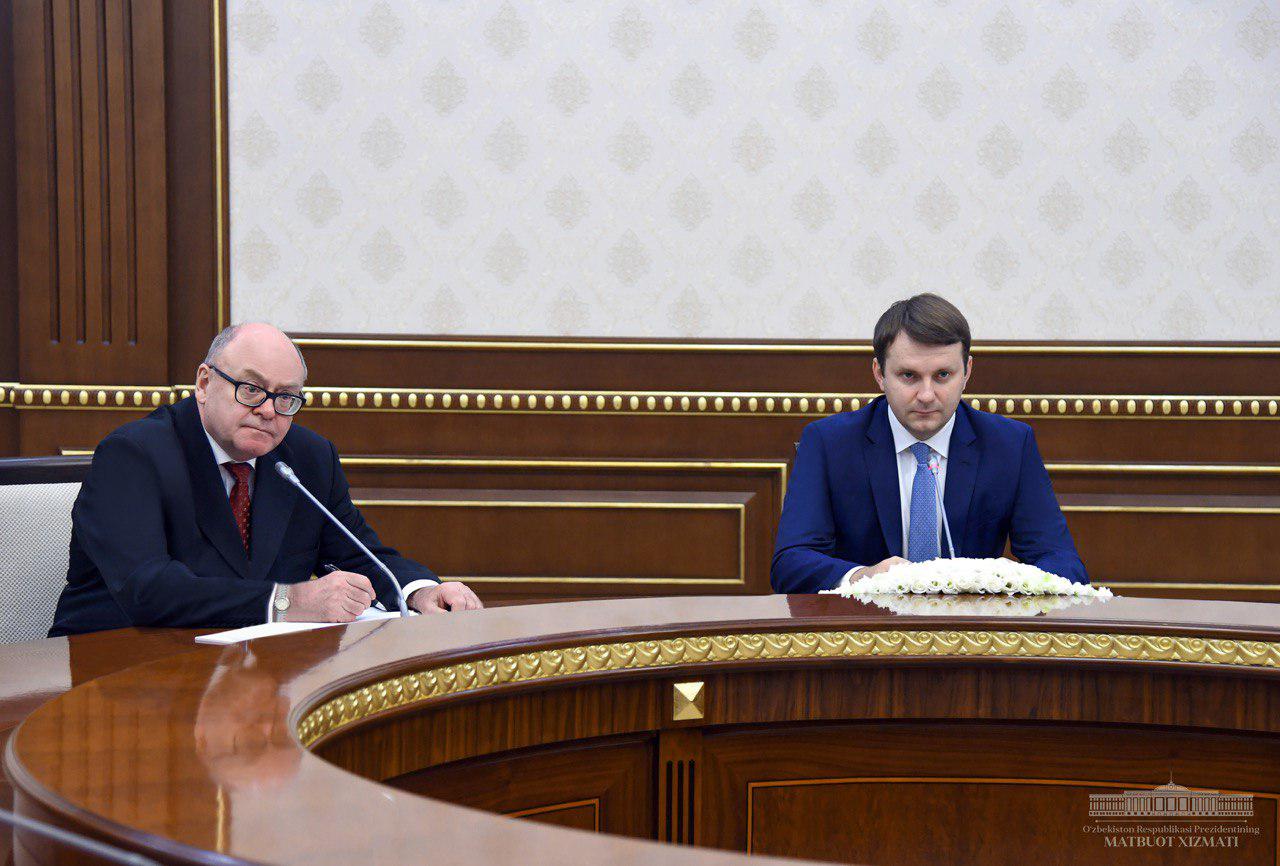 President of the Republic of Uzbekistan Shavkat Mirziyoyev received on March 7 the Minister for Economic Development of the Russian Federation Maxim Oreshkin who co-chairs the Uzbek-Russian Intergovernmental Commission on Economic Cooperation.

The regular contacts at the highest level and the trust-based dialogue between the leaders of Uzbekistan and Russia, the intensification of interaction and exchanges among the government bodies, regions and business circles of the two countries have facilitated unprecedented augmentation and efficiency of the cooperation in the trade-economic, investment, scientific-technological and cultural-humanitarian spheres.

It was stressed at the meeting that the Russian President Vladimir Putin’s state visit to Uzbekistan last October filled the cooperation with new practical substance.

In 2018, the bilateral trade grew by more than 20 percent to reach nearly 6 billion dollars. Major investment projects are spearheaded in diverse fields with the participation of leading Russian companies and banks, including in the energy, hydrocarbon, chemical, machine-building, electrical engineering, textile, food and many other sectors.

Establishment of agro-clusters and logistics centers in Uzbekistan’s regions with the participation of Russian companies, launch of a new mechanism for large-scale supplies of Uzbek fruits and vegetables as well as textile goods to the Russian market, formation of conditions conducive for boosting the cooperation among the two nations’ regions, expansion of exchanges and implementation of joint projects in healthcare and education were named among the promising components of interaction.

The guest expressed the willingness of Russia to continue to take steps essential for shoring up the volumes and enhancing the range of products in the bilateral trade, as well as executing joint promising investment projects along diverse spheres.

Office of the President of Uzbekistan