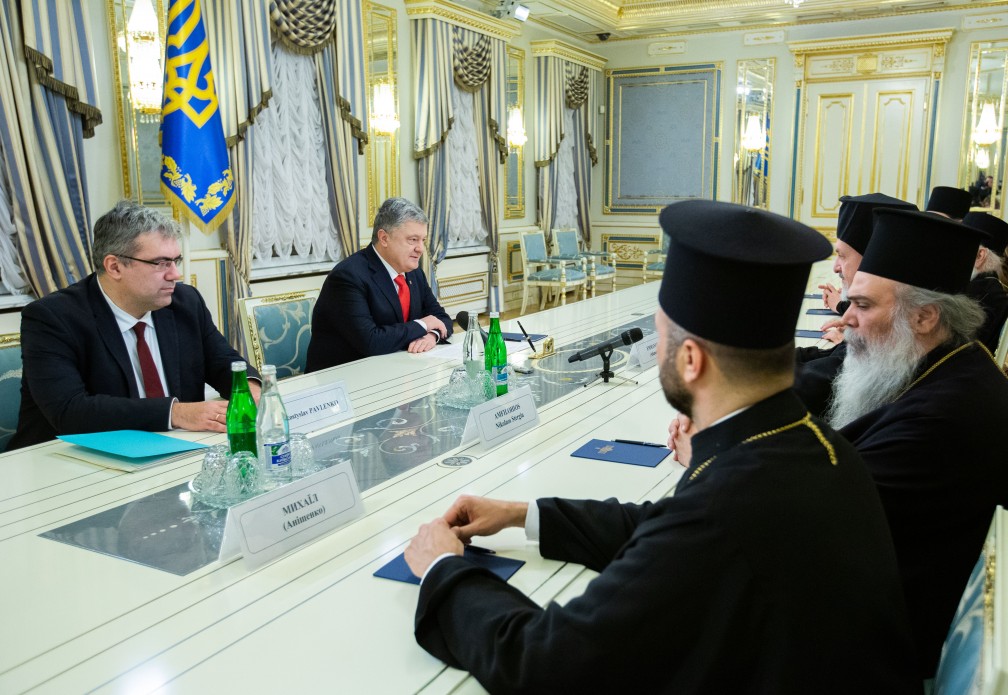 Today, the President Petro Poroshenko met with the delegation of the Ecumenical Patriarchate that arrived in Ukraine to attend the liturgy and the enthronement of Primate of the Orthodox Church of Ukraine, Metropolitan of Kyiv and All Ukraine Epifaniy.

The Head of State thanked the representatives of the Ecumenical Patriarchate for participating in this remarkable event both for the church life and the Orthodox community, and for the Ukrainian state as a whole.

“I would like to convey my warmest greetings and words of gratitude to His All-Holiness Ecumenical Patriarch Bartholomew for this event. It came true due to his great love for Ukraine and Ukrainians,” Petro Poroshenko said.

Metropolitan Emmanuel, in turn, assured the Head of State of the ongoing support of Ecumenical Patriarch Bartholomew for Ukraine and the new Orthodox Church. “His All-Holiness was moving forward in the issue of providing autocephaly to the Ukrainian church, because the people of Ukraine asked for it. And you were also the first citizen of Ukraine who undertook, I would say risk, but at the same time a great opportunity,” he said.

Metropolitan Emmanuel also emphasized that today’s enthronement of the Primate of the Orthodox Church of Ukraine was an important historical moment.

Metropolitan Emmanuel added that the delegation included abbot of the Athos monastery Xenophon Alexiy. It was in this monastery that the text of the Tomos of autocephaly of the Orthodox Church of Ukraine was written. He expressed hope that the Head of State would have an opportunity to visit Mount Athos and this monastery, where the historic document for the Ukrainian church was written.