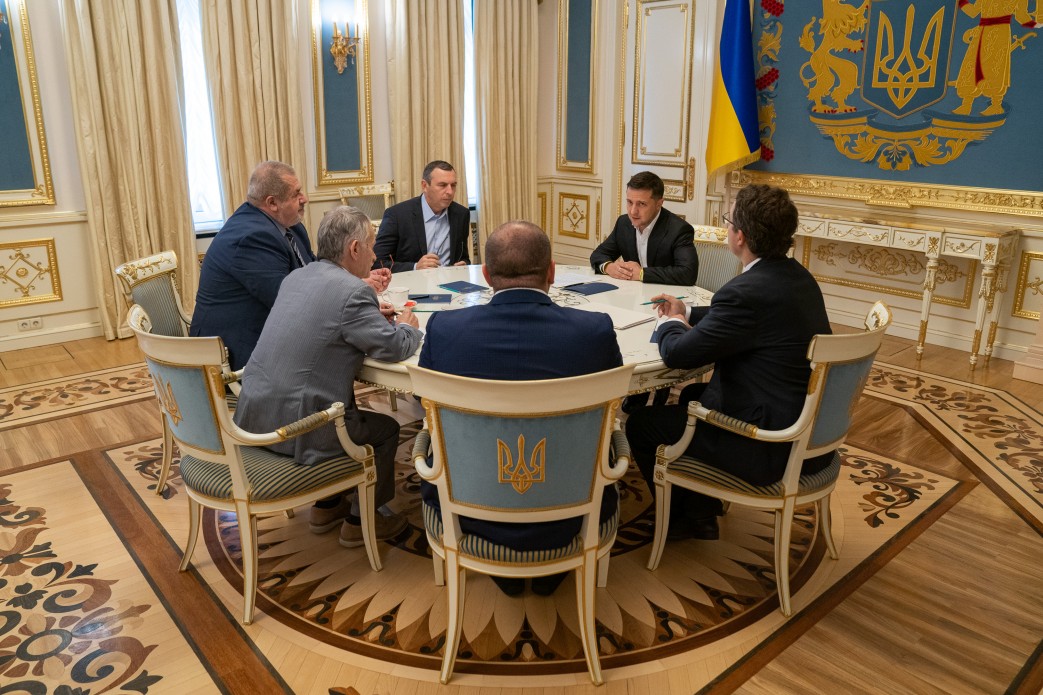 On August 9, the International Day of the World’s Indigenous Peoples, President of Ukraine Volodymyr Zelenskyy had a meeting with the representatives of the Crimean Tatar people.

“Our meeting was planned to get to know each other better, discuss all important issues as regards Crimea and protection of Crimean Tatars. What steps we must do together, what is already being done by you,” Volodymyr Zelenskyy said.

The parties discussed the protection of human rights, especially those of political prisoners, in the temporarily occupied Autonomous Republic of Crimea and the city of Sevastopol. They also touched upon legislative initiatives and humanitarian issues.

Mustafa Dzhemilev and Refat Chubarov informed the Head of State on the current situation in the occupied peninsula. The leader of the Crimean Tatars noted that the invaders were trying to oppress the indigenous people of Crimea in every way.

In order to record all human rights violations in Crimea, the Chairman of the Mejlis of the Crimean Tatar people and the leader of the Crimean Tatar people offered to raise the issue of establishing a permanent monitoring mission in the temporarily occupied peninsula in the international arena. According to them, the UN Human Rights Monitoring Group and the OSCE Special Monitoring Mission, which operates in the temporarily occupied part of the Donetsk and Luhansk regions, already have this right. Permanent Representative of the President in the Autonomous Republic of Crimea Anton Korynevych noted that the occupying authorities of the Russian Federation did not allow international human rights monitoring missions to enter the temporarily occupied peninsula, as they understood that the evidence gathered could be used in international courts, in particular in the International Criminal Court.

“It has a mandate all over Ukraine, but it is not allowed in Crimea. We must insist everywhere, at all international platforms, that the OSCE Special Monitoring Mission has the right to enter Crimea,” Refat Chubarov stated.