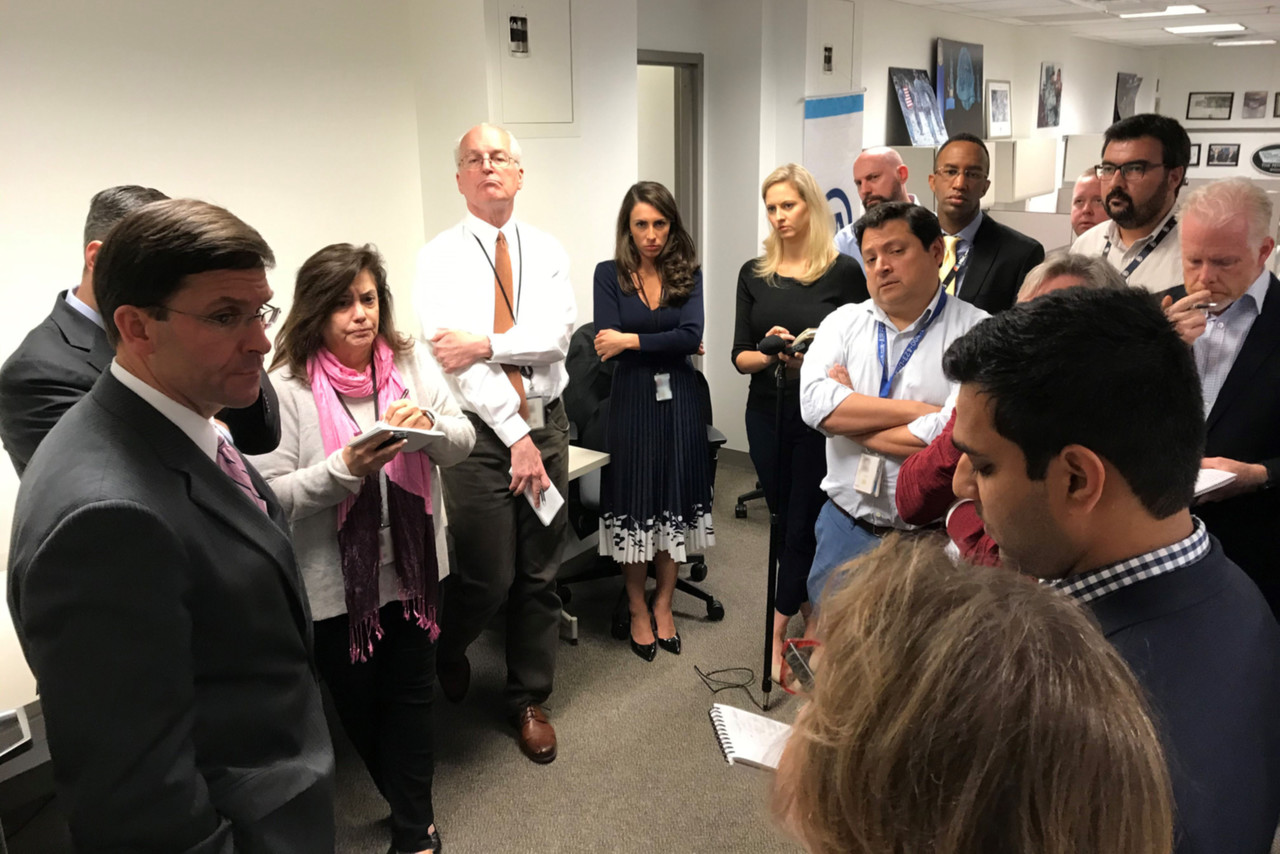 Defense Secretary Dr. Mark T. Esper detailed what the United States expects from Turkey as a ceasefire in Northern Syria goes into effect.

No U.S. ground forces will participate in the establishment of the safe zone in Northern Syria separating the Turks from the Kurds, Esper said during an impromptu Pentagon news conference.

U.S. intelligence, surveillance and reconnaissance assets will continue to fly over the region, DOD officials said, and could be used to monitor the ceasefire in Northern Syria.

The ceasefire, announced by Vice President Mike Pence yesterday, calls for a 120-hour ceasefire to allow for the withdrawal of the Syrian Democratic Forces from the roughly 20-mile safe zone along its border. “Upon completion of the SDF withdrawal, Turkey has committed to enacting a permanent ceasefire,” Esper said.

Esper spoke with Turkish Defense Minister Hulusi Akar today and reiterated that the United States expects Turkey to honor the full terms of the ceasefire agreement. “We expect Turkey to ensure the well-being of all people in the area controlled by Turkish forces,” he said. “Protecting religious and ethnic minorities in the region continues to be a focus of the administration.”

The ceasefire will protect vulnerable populations in the area.

The secretary also reminded Akar of Turkey’s responsibility of maintaining control of the ISIS detainees located in the affected areas.

“The United States is continuing its deliberate withdrawal from Northeast Syria as previously announced,” the secretary said. “The force protection of our service members remains our top priority. As always U.S. forces will defend themselves from any threats as we complete our withdrawal from the area.”

The United States will remain in communication with Turkey and the Syrian Democratic Forces.

Esper said he looks forward to discussing with allies and partners in the region and worldwide the next steps in the Defeat-ISIS campaign in the days and weeks to come.

US Department of Defense