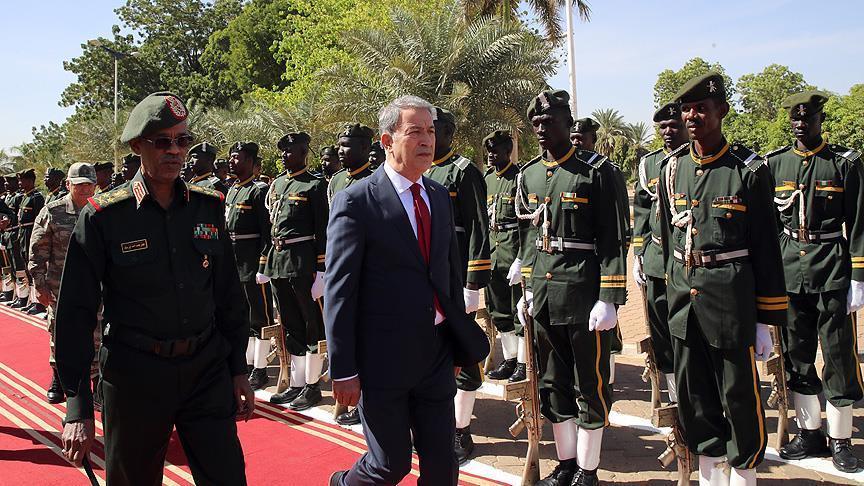 Turkey’s defense minister on Tuesday met with Sudanese officials in the capital Khartoum for bilateral and military talks.

He was then hosted by President Omar al-Bashir at the presidential palace in the capital.

Turkey’s plan to open military training centers in Sudan was also among the topics discussed in the meeting.