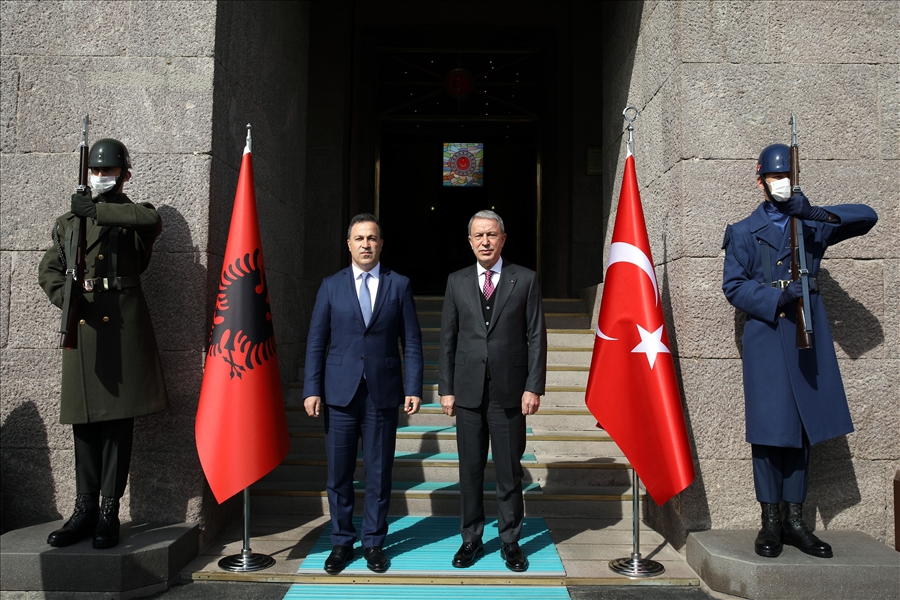 Defense Minister Niko Peleshi paid an official visit to Turkey, where he was received by his counterpart Hulusi Akar.

Cooperation in the Field of Defense between Albania and Turkey and further strengthening of relations between our two countries was the main topic of conversation between the two ministers.

Minister Peleshi thanked his counterpart for the support that Turkey has given to Albania, not only for the modernization of logistics of the Armed Forces and Civil Emergencies but also for the education of young Albanian military members. The meeting also covered the implementation of two military financial agreements, a grant from the Turkish side, which will be used to increase the combat and logistical capabilities of the Albanian Armed Forces.

Minister Peleshi stressed the fact that the Republic of Kosovo is very important for Albania and reconfirmed the clear position of the Albanian government that the only solution for a long-term peace in the region is the recognition of Kosovo’s independence from Belgrade.

Mr. Peleshi told his counterpart Hulusi Akar that our country remains open to joint investments in the field of Defense Industry and that we welcome any serious offer from Turkish companies in this field.

The official visit of the Minister of Defense Niko Peleshi in Ankara follows the visit of Prime Minister Rama earlier this year, where he was welcomed with honors by the President of Turkey Recep Tayyip Erdoğan.

Ministry of Defence OF Albania