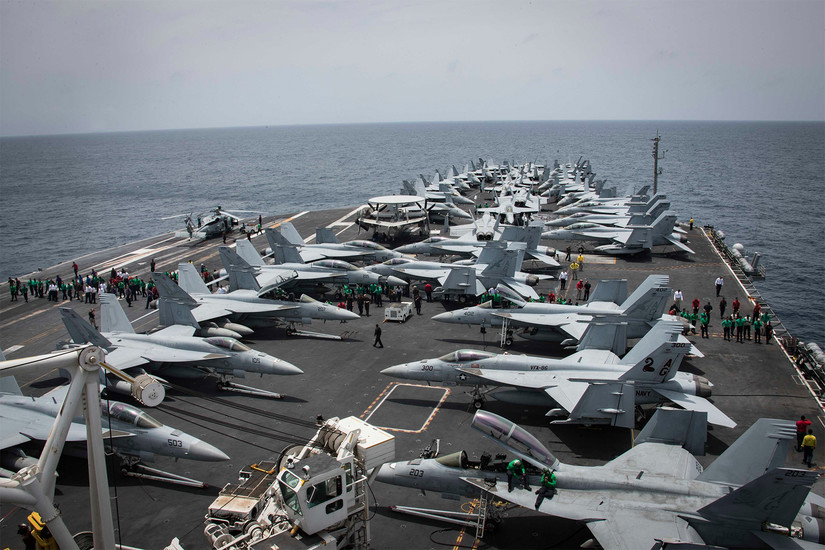 Acting Defense Secretary Patrick M. Shanahan has approved the deployment of about 1,500 service members and additional capabilities to the Middle East to deter Iranian efforts to destabilize the region.

The forces are necessary as a response to “credible intelligence we have received that Iran continues to plan for attacks by itself and its proxies against the United States, its forces and its allies in the region,” said Katie Wheelbarger, the acting assistant secretary of defense for international security affairs. Wheelbarger and Navy Vice Adm. Mike Gilday, the director of the Joint Staff, briefed Pentagon reporters on the situation.

The capabilities will enhance defenses, harden positions and provide additional intelligence, surveillance and reconnaissance capabilities. “I want to make clear that our policy toward Iran has not changed,” Wheelbarger said. “As the president and secretary have made clear, we do not seek conflict with Iran. We do not see these additional capabilities as encouraging hostilities. We see them as defensive in nature.” The United States wants Iran to come back to the negotiating table to address a comprehensive deal “that addresses the range of their destabilizing behavior,” Wheelbarger said.

Iran is responsible for at least three recent attacks in the region, including the attacks on oil tankers in Fujairah in the United Arab Emirates, drone attacks on oil pipelines in Saudi Arabia, and rocket attacks on the Green Zone in Baghdad last weekend.

In response to these threats the United States has already sped up deployment of the USS Abraham Lincoln Carrier Strike Group to the region and deployed a bomber task force and a Patriot missile battery.

“While we do not seek conflict with Iran. We are determined to protect our forces and interests in the region from attack, and we will remain postured and ready to respond,” Gilday said.

Gilday said the intelligence indicated the origins of these threats trace back to Iranian leaders at the highest levels.