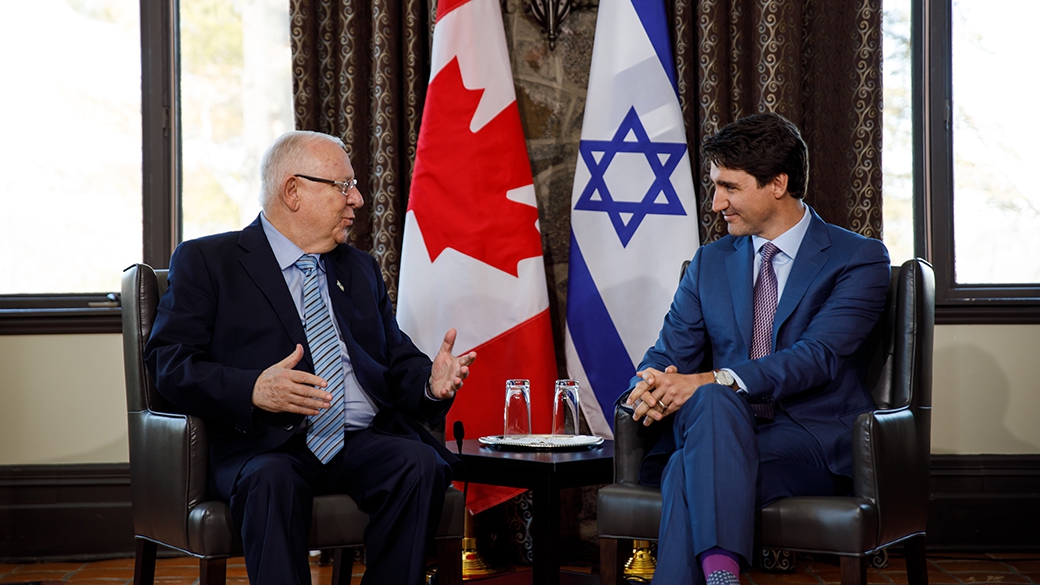 Prime Minister Trudeau met with President Rivlin of Israel to commemorate the 70th anniversary of diplomatic relations between Canada and Israel, and the two countries’ long history as close friends and steadfast allies.

During the meeting, the two leaders also discussed the benefits of progressive trade and how the updated Canada-Israel Free Trade Agreement will help economic growth and create new opportunities and jobs for people in both our countries. The Agreement will allow for expanded bilateral trade and investment and support efforts to diversify export markets and increase people-to-people ties. Canada and Israel are setting up both of our countries for future prosperity and growth, and paving the way for an even closer relationship.

Prime Minister Trudeau and President Rivlin underlined their shared commitment to democratic values, and to diversity and inclusion. They agreed on the need to always speak out in the strongest possible terms against anti-Semitism wherever it occurs, and to confront and counter all forms of hatred.