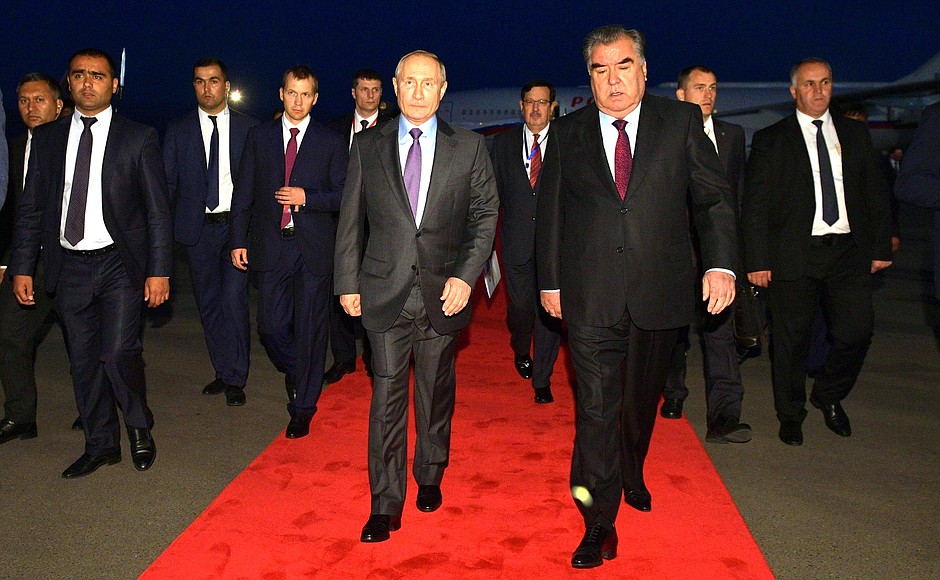 The President of Russia arrived in the capital of Tajikistan on a two-day working visit to take part in the summit of the Conference on Interaction and Confidence-Building Measures in Asia (CICA).

President of Tajikistan Emomali Rahmon met Vladimir Putin as he came off the plane. The leaders of the two countries had a brief conversation at the airport. Vladimir Putin will also attend an informal dinner on behalf of the President of Tajikistan in honour of the heads of state taking part in the Conference on Interaction and Confidence-Building Measures in Asia (CICA).

The participants will also exchange views on the developments in Afghanistan, Syria, Iran and on the Korean Peninsula.

The CICA summit will be attended by delegations from 27 member countries and 13 observers, including representatives from international organisations such as the UN, the League of Arab States, the OSCE and the Parliamentary Assembly of Turkic-Speaking Countries.