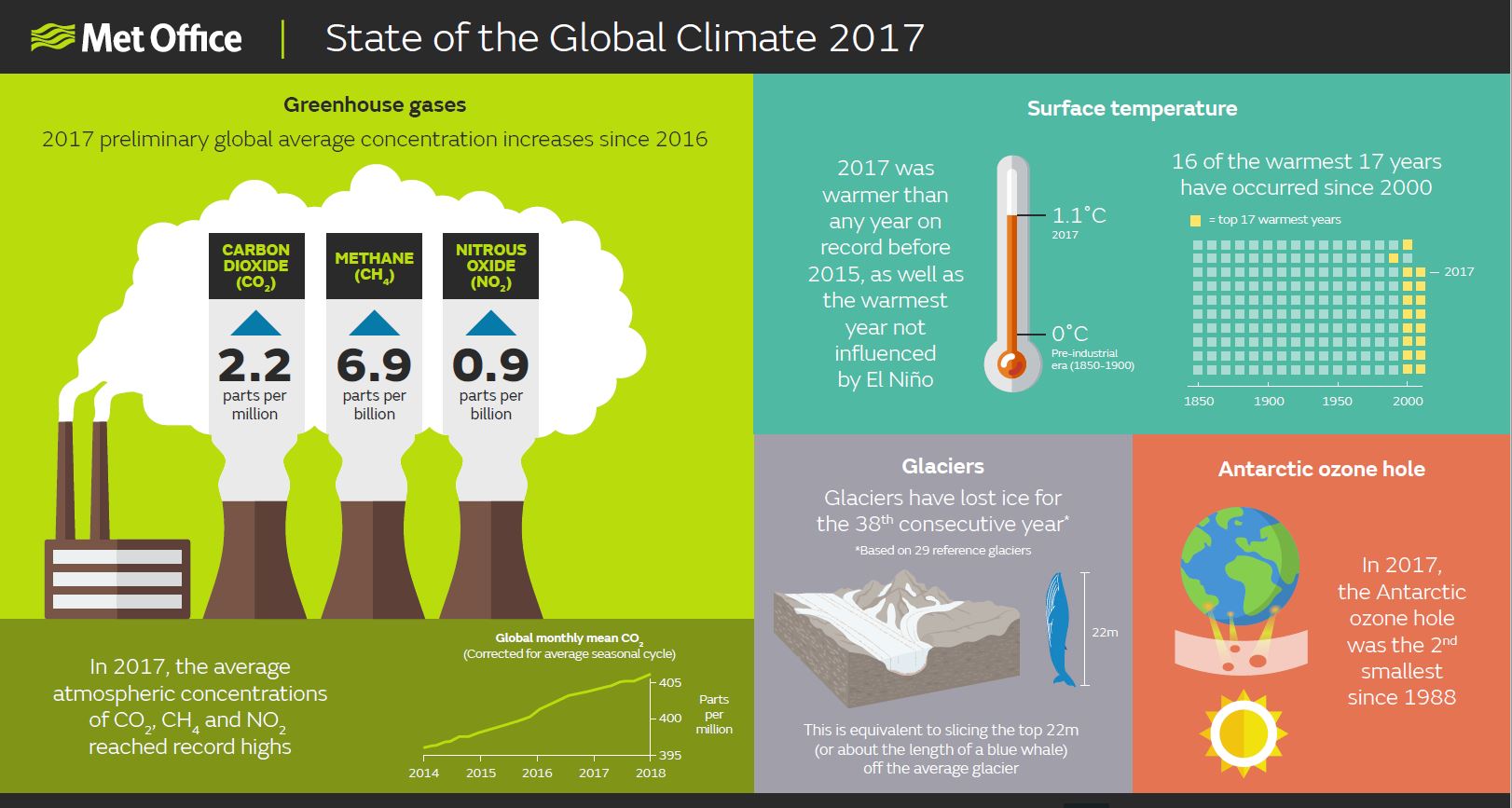 02 August 2018/The annual State of the Climate report highlights 2017 as one of the top three warmest years on record.

An international analysis of the global climate of 2017 has been published in the annual report, ‘State of the Climate in 2017’ released yesterday by the American Meteorological Society. Dr Robert Dunn is a Senior Scientist at the Met Office Hadley Centre, and co-edited the global climate chapter of the report.  He said: “Despite 2017’s surface temperatures not breaking the absolute record, the fact that it is following the pattern of one warm year after another is concerning and we are seeing impacts of these warmer temperatures around the world”.

Atmospheric greenhouse gases reached their highest levels in the instrumental record in 2017, with average CO2 concentrations reaching a record high of 405ppm. Glaciers have lost ice for the 38th successive year and with sea surface temperatures close behind the record set in 2016, we are continuing to see severe damage to coral reefs, with one particularly destructive bleaching event lasting three years.

The report also describes some of the extreme weather events that occurred in 2017. Dr Dunn added, “Extreme weather events have always been a feature of our climate, and 2017 also experienced some notable events.  In 2017 extreme rainfall in Venezuela triggered the most devastating floods in over a decade, whilst Hurricane Harvey set new rainfall records in Texas.  In contrast, extreme drought affected at least 3% of global land area each month, a figure matched only in 1984, 1985, and 2016.”