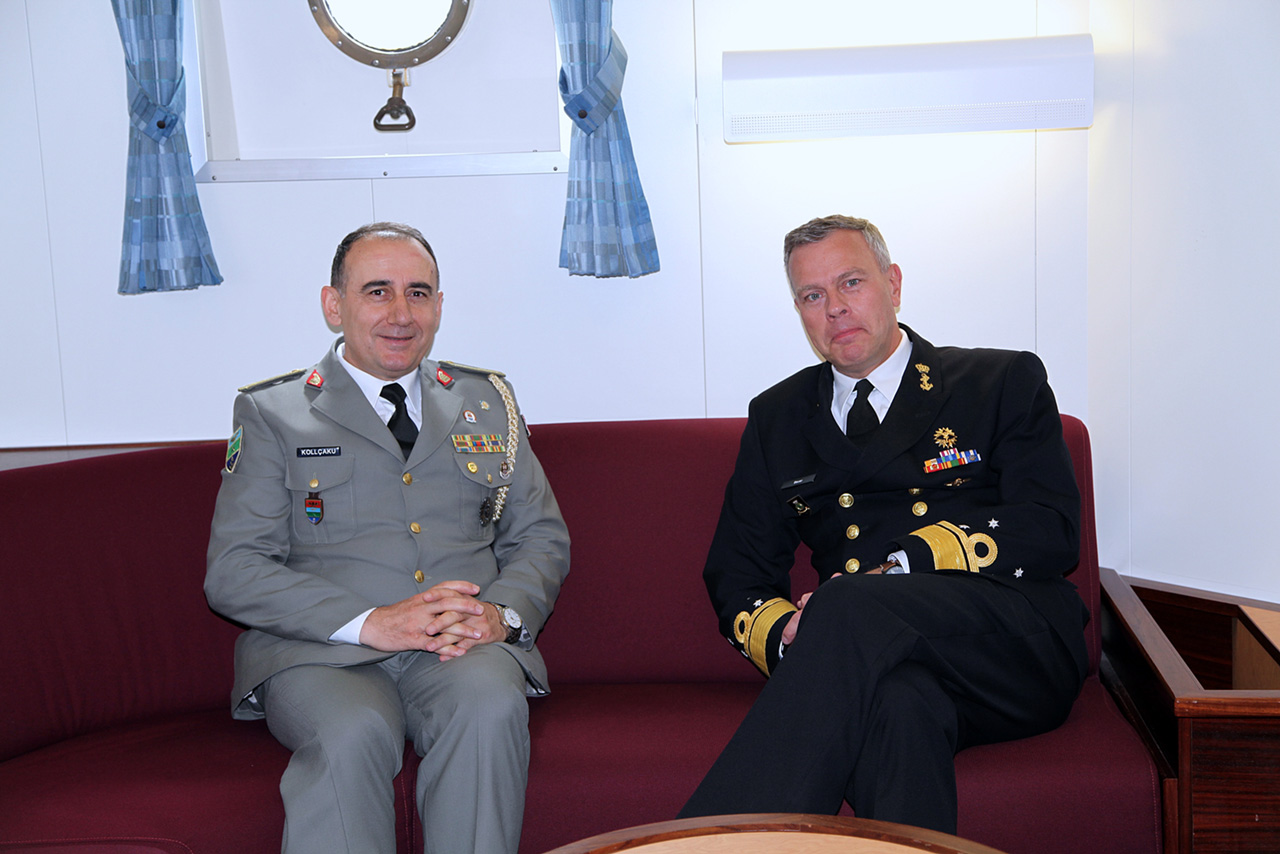 Three patrol boats of the Albanian Naval Force exercised with the Flagship of Standing NATO Maritime Group 2 (SNMG2) in the Adriatic’s Albanian Territorial Sea.
The patrol boats of the Albanian Navy Force  “Iliria”, “Lissus” and “Briza” and their crews carried out military maneuvers with the Dutch frigate “Evertsen”, which is the flagship of SNMG2 and the other frigate part of this group, the Canadian “Toronto”.

The participating training vessels tested the capabilities for defense against asymmetric and terrorist threats from small fast sailing vessels. Tactical ship lineups, improvisation of supply in the sea and exchange of signals were also tested.

The exercises in the Adriatic Sea was followed by the Deputy Commander of the Albanian Naval Force, 1st Rank Captain Artur Meçollari.on the board of the Dutch frigate “Evertsen”.

The maritime exercise of Albanian Naval Force patrol boats (ALS) with SNMG2 frigates concluded the three-day visit of these frigates to the Port of Durrës, where they were anchored.


Earlier, flagship of SNMG2 was also visited by Chief of General Staff of the Albanian Armed Forces, Brigadier General Bardhyl Kollçaku, who was welcomed on board by his Dutch counterpart, General Rob Bauer and Standing NATO Maritime Group 2 (SNMG2), Commodore Boudewijn Boots.

Part of the Standing NATO Maritime Group 2 (SNMG2) is also the ALS “Butrinti”, which serves on the Alliance’s Mission in the Aegean Sea.

SNMG2 is usually engaged in the Mediterranean Sea, but if required, the shipping group is ready to deploy wherever NATO needs it.