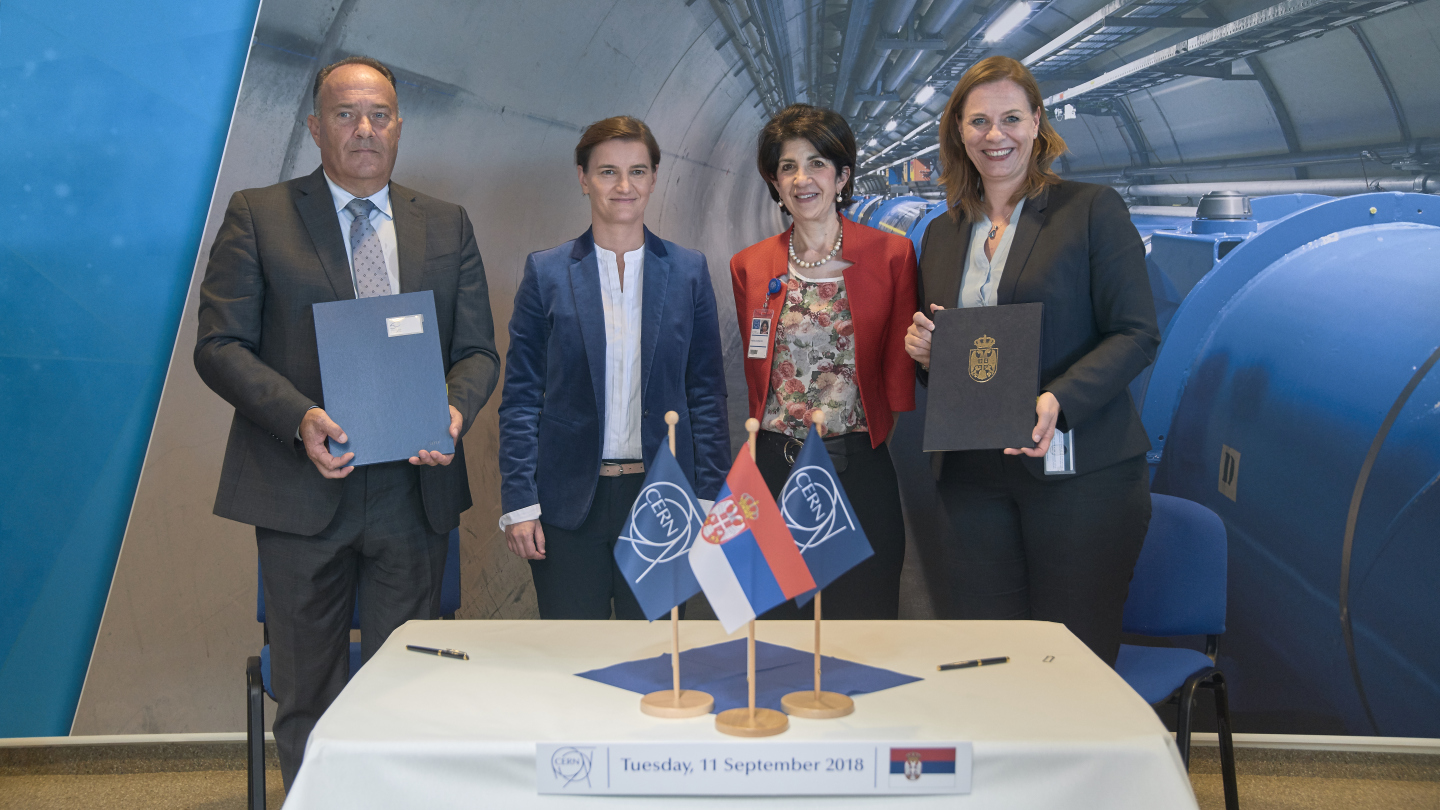 Today, CERN welcomed Serbia as its 23rd Member State, following receipt of formal notification from UNESCO that Serbia has acceded to the CERN Convention.

“It is a great pleasure to welcome Serbia as our 23rd Member State. The Serbian scientific community has made strong contributions to CERN’s projects for many years. Membership will strengthen the longstanding relationship between CERN and Serbia, creating opportunities for increased collaboration in scientific research, training, education, innovation and knowledge-sharing,” said Fabiola Gianotti, CERN Director-General.

“As a CERN Member State, Serbia is poised to further the development of science and education as our scientists, researchers, institutes and industry will be able to participate on the world stage in important scientific and technological decision-making,” said Mladen Šarčević, the Serbian Minister of Education, Science and Technological Development.

As a CERN Member State, Serbia will have voting rights in the Council, CERN’s highest decision-making authority, and will contribute to the Organization’s budget. Membership will enhance the recruitment opportunities for Serbian nationals at CERN and for Serbian industry to bid for CERN contracts.