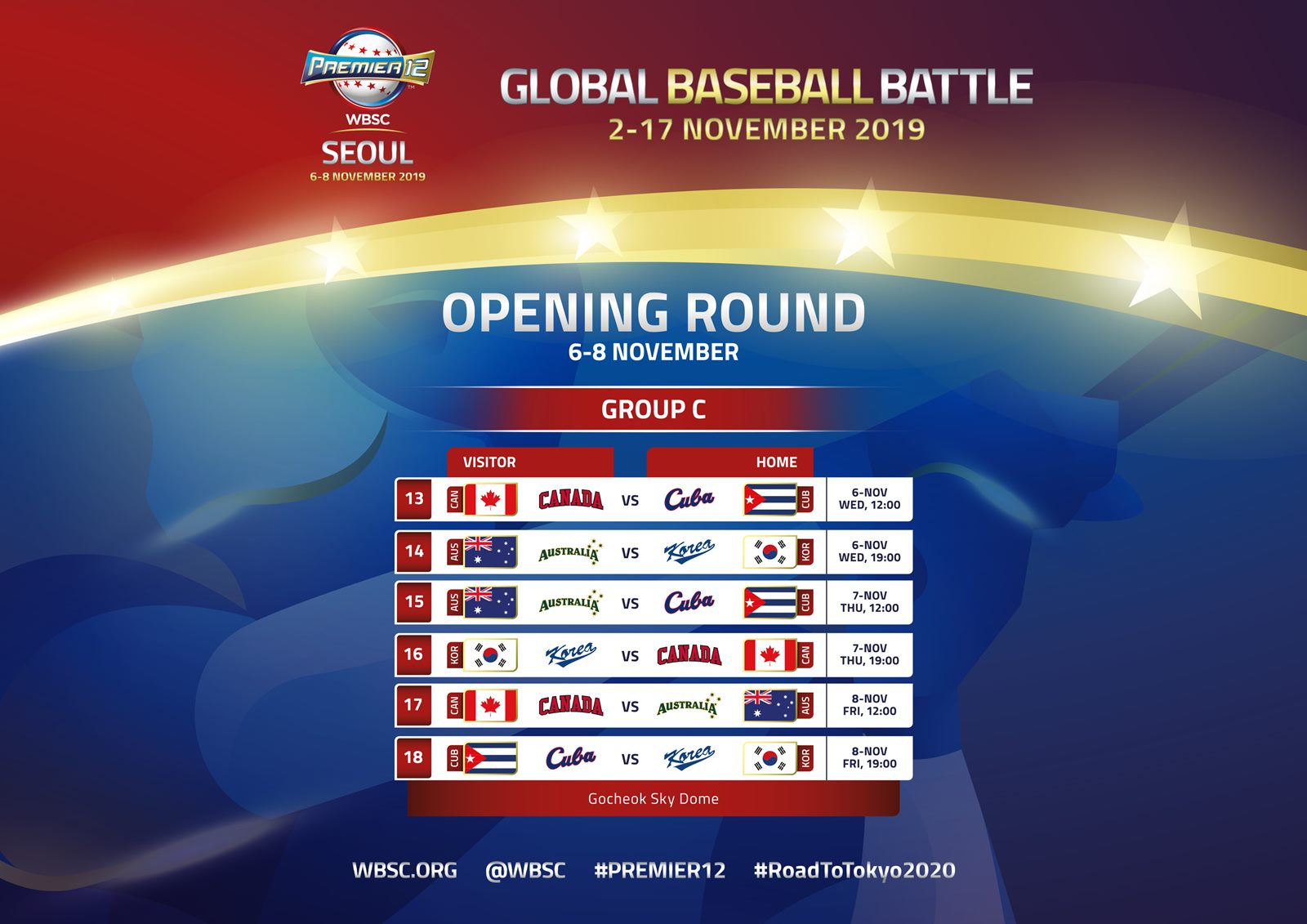 “KBO is ready to host a successful Premier12 competition here in Seoul together with WBSC,” KBO Commissioner Chung said. “The Korean National Team has achieved good results on the world stage and is one of the leading countries in baseball, and we wish good luck to our competitors in the group — Cuba, Australia and Canada — to perform their best.”

The Group C opening round will be played from 6-8 November at the 16,813-seat Gocheok Sky Dome in Seoul and feature defending Premier12 and Olympic Champion world No. 3 Korea, No. 5 Cuba, No. 7 Australia and No. 10 Canada.
The four teams will play three games over three days, with an all-Americas contest between Canada and Cuba serving as the opener, while Australia will be making the nation’s and Oceania’s Premier12 debut against host Korea.

Korean National Baseball Team Manager Kim said: “As the defending champions, we will do our best to win the title again, writing a new chapter in the world baseball history and giving national joy to our fans.”KOREAN HOME RUN KING LEE APPOINTED A PREMIER12 AMBASSADOR
Korean baseball legend Seung-Yuop Lee, who starred in numerous international competitions and helped lead Korea to the nation’s first-ever Olympic gold medal in baseball in 2008, was named Ambassador of the 2019 WBSC Premier12 Group C round in Seoul.

“It’s a great honour to have one of the greatest Korean baseball players of all time serve as an Ambassador of the 2019 WBSC Premier12,” said President Fraccari. “Lee is an admired international baseball hero and will play an important role not only in the promotion of this global competition but also the inspiration of the event and playing for your country.”

Group A and B schedules were announced Friday at a press conference in Taichung, Chinese Taipei.

Group A, which features No. 2 USA, No. 6 Mexico, No. 8 Netherlands and No. 12 Dominican Republic, will be staged from 2-5 November at Estadio de Beisbol Charros de Jalisco in Guadalajara, Mexico.

The top two teams from each group will advance to Japan to compete in the Super Round from 11-16 November, which will be staged at the Tokyo Dome and Chiba’s ZOZO Marine Stadium, with the Premier12 Championship Final and bronze medal match to be played at the Tokyo Dome on Sunday the 17th. Held every four years, the Premier12 features baseball’s 12 best nations from the WBSC World Rankings.