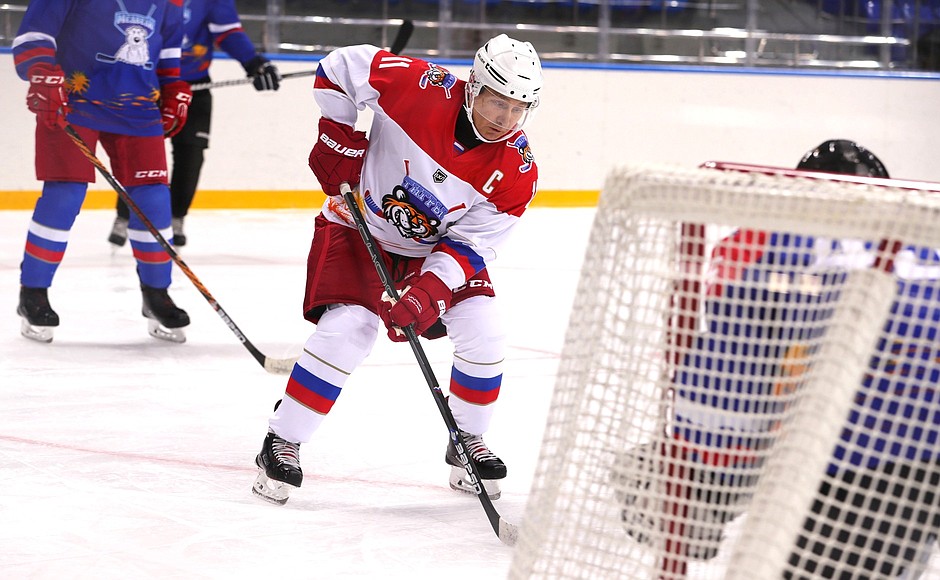 Yesterday, Vladimir Putin and President of Belarus Alexander Lukashenko took part in a training hockey game held on the ice arena at the Shaiba sports complex in Sochi.

The two presidents played for the Tigers in red and white against the Bears in blue and red; Russian and Belorussian athletes played with them.

The game lasted three periods, 15 minutes each. The Tigers won 16–1.