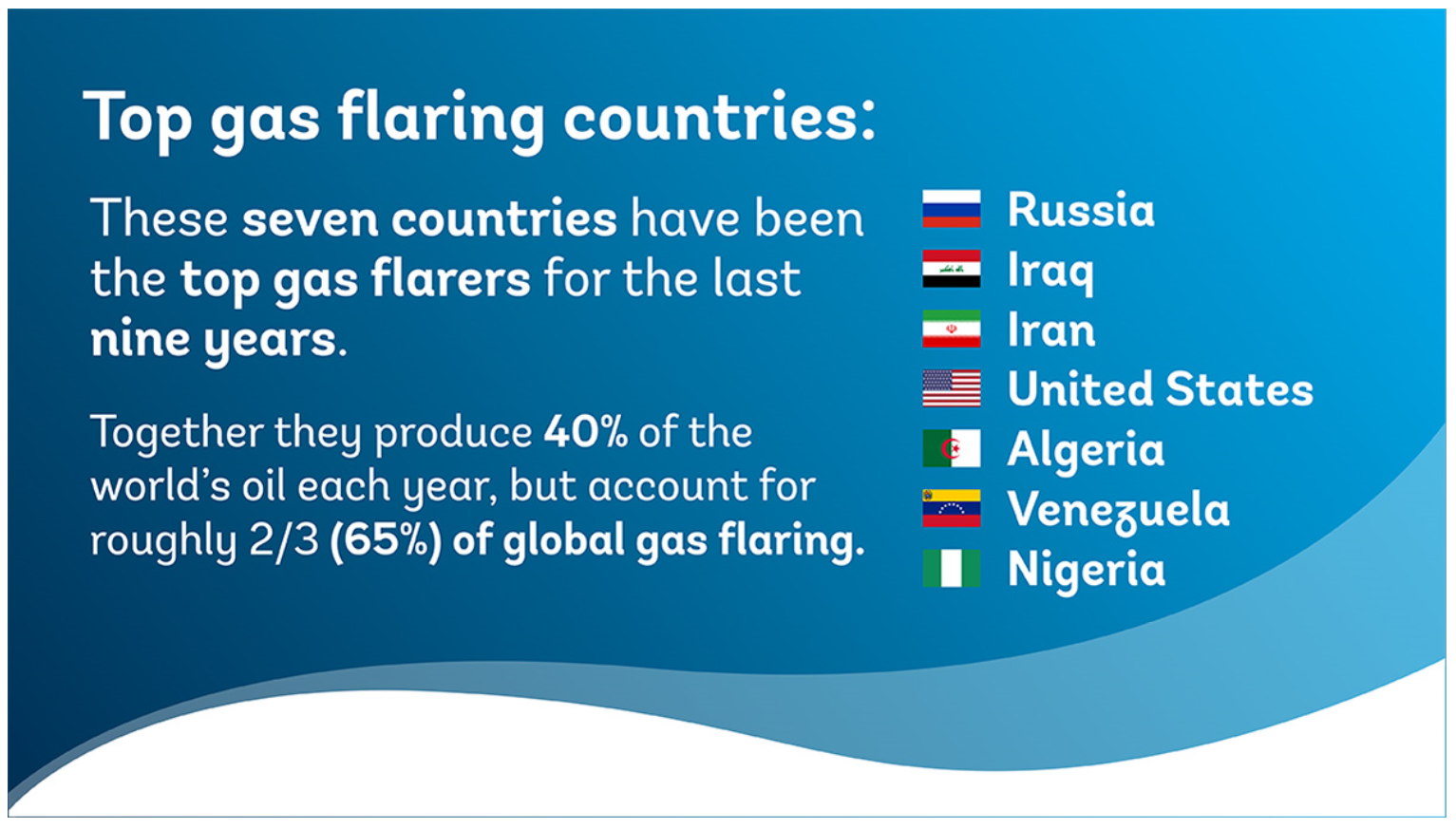 2020 was an unprecedented year for the oil and gas industry and a historic time for the world. The COVID-19 pandemic dampened oil demand, prices and production, while oil-dependent countries experienced negative impacts on their revenues and national budgets. The World Bank’s 2020 Global Gas Flaring Tracker, a leading global and independent indicator of gas flaring, found that from 2019 to 2020, oil production declined by 8 percent, while gas flaring dropped by 5 percent. Nonetheless, the world still flared enough gas to power sub-Saharan Africa. The United States accounted for 70% of the global decline, with gas flaring falling by 32% from 2019 to 2020, due to an 8% drop in oil production, combined with new infrastructure to use gas that would otherwise be flared.

Seven countries continue to light up the global map, year after year: Russia, Iraq, Iran, the United States, Algeria, Venezuela and Nigeria have been the largest flaring countries for nine years running, since the first satellite was launched in 2012. While these seven countries have together produced some 40 percent of the world’s oil each year, they have also accounted for roughly two-thirds (65 percent) of global gas flaring. This trend is indicative of ongoing, though differing, challenges facing these countries. For example, the United States has thousands of individual flare sites, difficult to connect to a market, while a few high flaring oil fields in East Siberia in the Russian Federation are extremely remote, lacking the infrastructure to capture and transport the associated gas.

We do see some marked improvements in a variety of regions and contexts. The United States performed particularly well in 2020, with gas flaring falling by 32 percent from 2019 to 2020, partly due to an 8 percent drop in oil production, but also through the construction of infrastructure to use gas that would otherwise be flared. The United States’ reduction accounted for 70 percent or 5.5 billion cubic meters (bcm) of the global decline. Meanwhile, Nigeria and the greater Khanty-Mansiysk Autonomous Okrug (KMAO) region of Russia have both achieved significant progress over the past 15 years, with Nigeria reducing its gas flaring by 70 percent to just 7 bcm in 2020, and KMAO reducing its gas flaring volumes by nearly 80 percent, to just over 4 bcm.