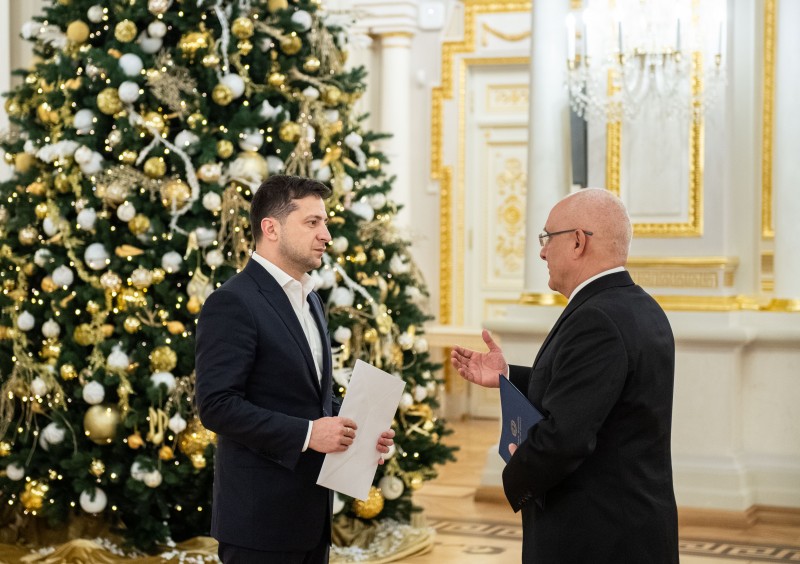 During his conversation with the Ambassador of Greece, Volodymyr Zelenskyy thanked for the consistent support for the sovereignty and territorial integrity of Ukraine.

The interlocutors noted the important role played by the Greek community in Ukraine and the Ukrainian community in Greece in building relations between the two countries.

During his meeting with the Ambassador of Canada, the President stressed that enhancing the Special Partnership relations with Canada was a priority for Ukraine.

The Head of State expressed gratitude to the Government of Canada for its effective support for Ukraine’s sovereignty and territorial integrity, for its important security assistance, and for its leadership in consolidating international efforts to promote reforms in our country.