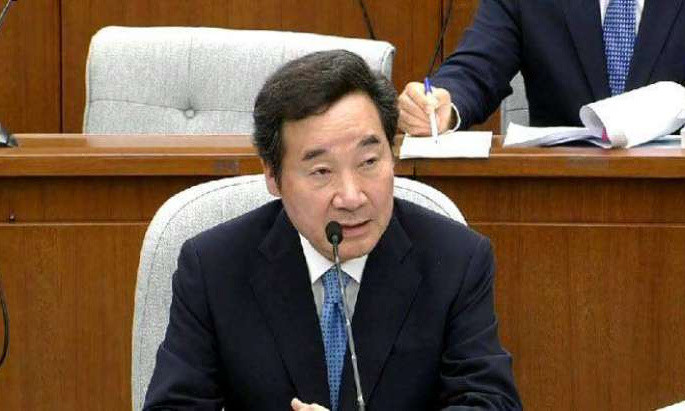 The Founder of Peace and National Unity, Leader of the Nation, President of Tajikistan Emomali Rahmon met with the Prime Minister of the Republic of Korea Lee Nak-yeon, who is in Tajikistan on an official visit. The meeting took place at the Palace of the Nation.

The discussion focused on the current state and prospects of the Tajik – Korean bilateral and multilateral relationship features of common interest between the parties.

The development and expansion of multilateral relationship with the Republic of Korea occupies an important place in Tajikistan’s foreign policy. It was noted that Tajikistani side has high expectations for Korean Prime Minister’s first official visit to Tajikistan.

The parties agreed that an appropriate legal base for the development of interstate relations has been created and that the Tajik – Korean Intergovernmental Commission on Trade and Economic Cooperation has been yielding significant results.

A fruitful exchange of views was held on the expansion of bilateral and multilateral relations between Tajikistan and Korea within the framework of the Central Asia-Republic of Korea Cooperation Forum, the Korea International Cooperation Agency (KOICA) and other regional and international organizations.

It was emphasized that the Tajik side fully supports the opening of the Korea International Cooperation Agency’s office in Dushanbe and is interested in establishing cooperation with the Korea Foundation on preferential loans for the development of promising economic sectors.

The head of state Emomali Rahmon called the Tajik – Korean and Tajik – Korean – Uzbek Trade Forums which were held last year, one of the important measures for the development and expansion of interstate relations, especially in the field of trade and economy, and expressed confidence that the next Tajik – Korean Trade and Economic Forum will strengthen joint measures in this direction.

The meeting also discussed issues related to regional and international security, the current situation in Afghanistan, the fight against international terrorism and extremism, drug smuggling and transnational organized crime.

Office of the President of Tajikistan