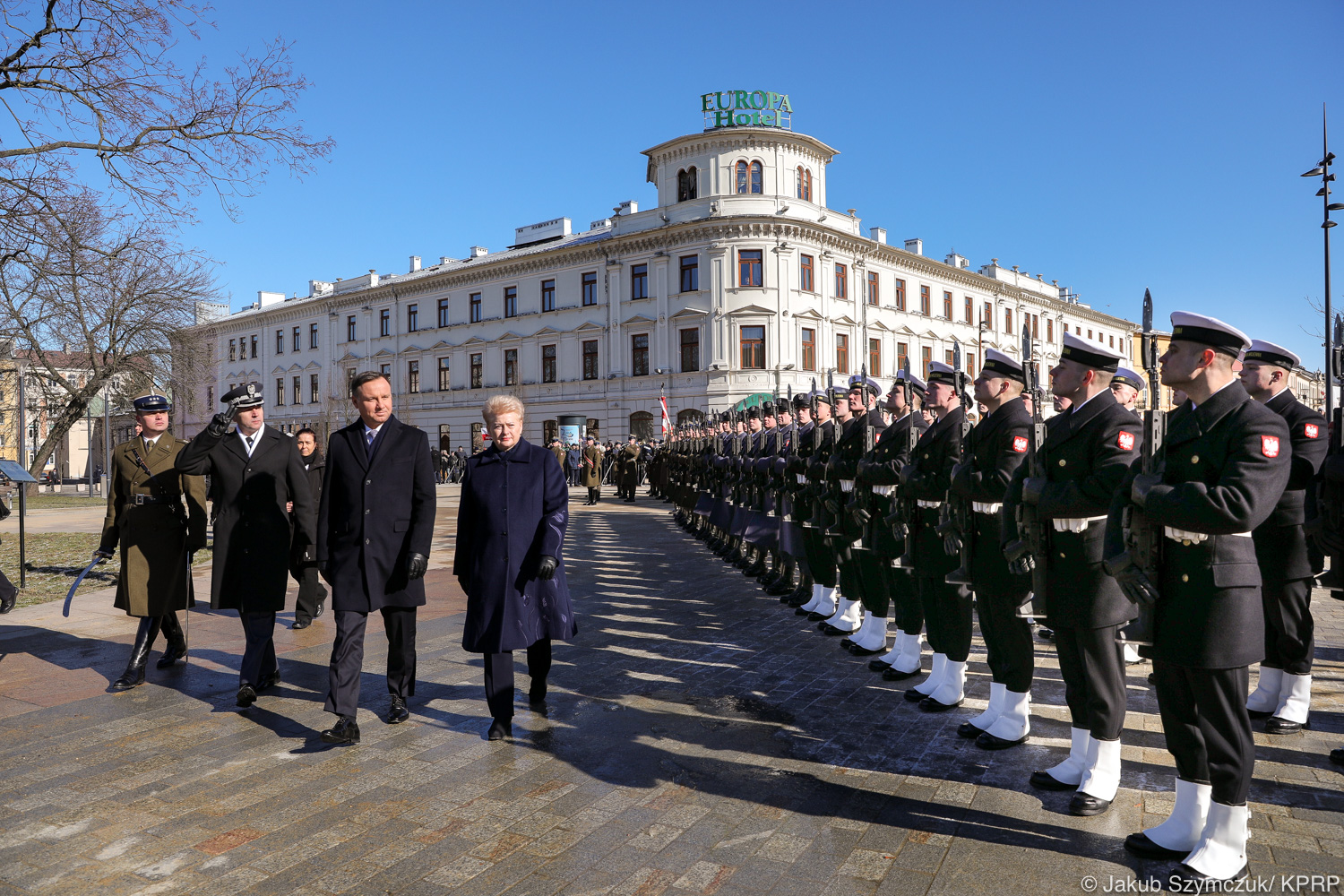 Polish President Andrzej Duda and Lithuanian President Dalia Grybauskaitė, who began a two-day visit to Poland on Thursday, laid wreaths at the monument of the Union of Lublin, in Lublin, eastern Poland, on Friday.

Andrzej Duda and Dalia Grybauskaitė met on Thursday in Warsaw, where they held their “face-to-face” meeting, followed by talks between the Polish and Lithuanian delegations.

The defence ministers of both countries, in the presence of the Presidents, signed documents on military cooperation.