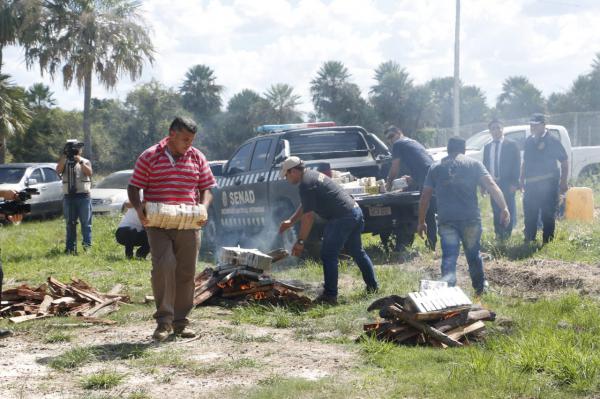 On 21 February 2019, the Head of State, Mario Abdo Benítez, participated in the incineration process of 2,199 kilos of cocaine in the Pyrolytic Furnace of the National Anti-Drug Secretariat located in Chaco í.

The drug was seized during a procedure carried out by agents of the SENAD and the Joint Task Force (FTC) in the city of Yby Yaú, Department of Concepción.

President Mario Abdo Benítez, expressed his congratulations and decorated the personnel that participated in the Operation “POLARIS”, which resulted in the largest seizure of cocaine in Paraguayan history.

The Minister of the Senad, Arnaldo Giuzzio, also participated in the act of burning; representatives of the Judicial Power and of the Public Ministry.

Office of the President of Paraguay