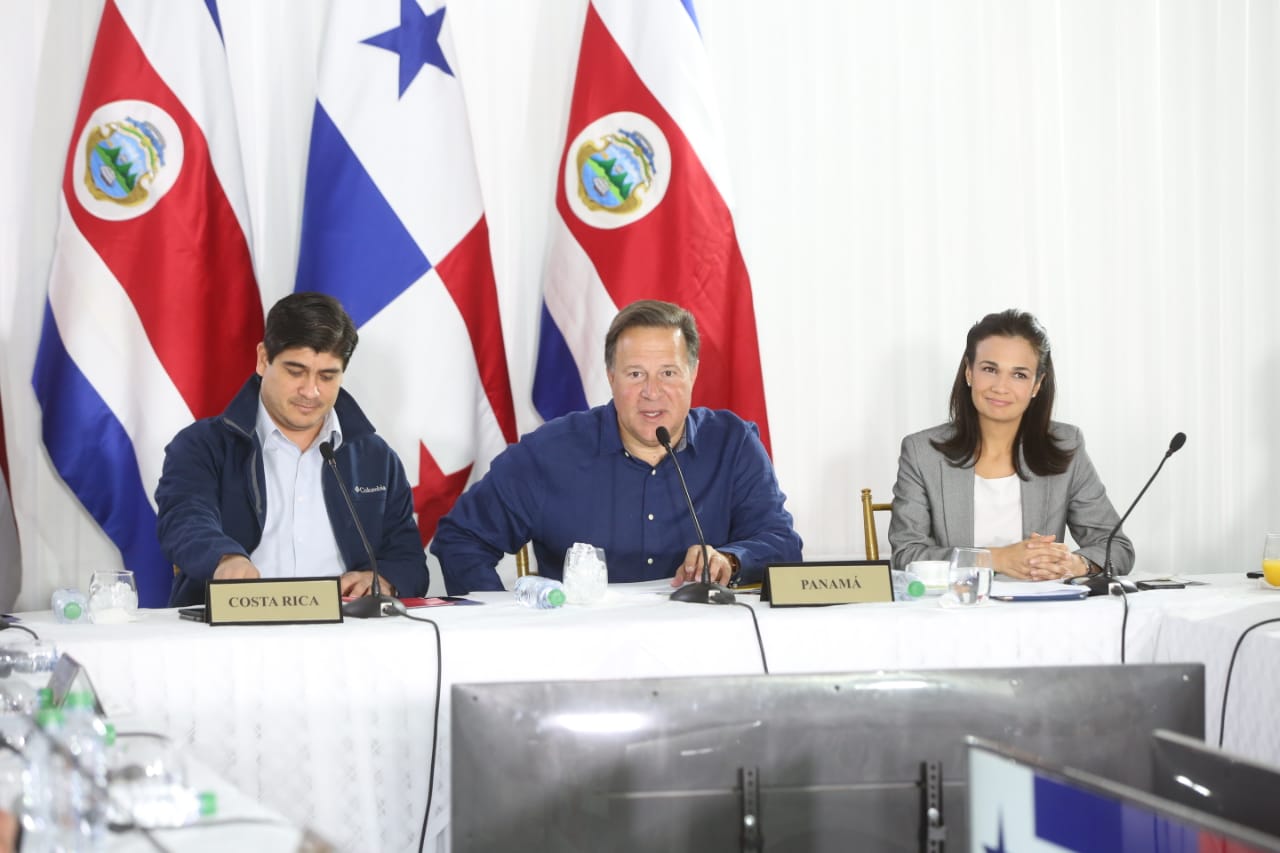 On 20 February in Boquete, was held the II Binational Meeting between Panama and Costa Rica, led by its presidents Juan Carlos Varela Rodriguez and Carlos Alvarado Quesada, respectively.

Both leaders ratified the interest to consolidate a “Bilateral Policy”, a strategy with a shared vision of the two States with defined actions that will strengthen the relationship between the two countries and establish an agenda that transcends government administrations, thus benefiting the result of the agreed plans especially in terms of security, tourism and commerce.

After a brief private dialogue, which was accompanied by the Panamanian Vice President and Chancellor, Isabel de Saint Malo de Alvarado, the Costa Rican Minister of Foreign Affairs and Cult, Manuel Ventura Robles and State Ministers, the working session was held focused on security, where the positive results of the first Meeting held in Boquete in 2016 were recognized, and agreements were reached in matters of Public Security, Customs and Migration.

Panama and Costa Rica will reactivate the Binational Border Security Commission, through which binational joint operations will be formalized, including the exchange of information in real time. Equally, it confirmed the start of operations of the Binational Police Coordination Center in Paso Canoas, scheduled for May, which has the assistance and cooperation of the European Union Cooperation Program against Organized Transnational Crime EL PACTO, a project implemented in record time by Panama and Costa Rica, making them a reference in Latin America.

President Alvarado Quesada expressed his recognition to the training program offered by Panama for the professionalization of Costa Rican police units, in SENAFRONT and SENAN competitions, as well as the training program of the National Police. It also reflected the possibility of carrying out a specialized advisory and training program on the successful experience of Panama in the organization and operation of the centers C2 and C5.

Based on the recent increase in the flow of Cuban and Haitian migrants, the presidents agreed to reinforce the binational Controlled Flow program, which takes into account national interests, guarantees humanitarian attention to migrants, prevents human trafficking and strengthens the fight against drug trafficking. The security forces linked to this program will meet to ensure comprehensive attention to the situation.

A second session focused on bilateral trade, allowed to define a series of actions to impulse the activity between both countries. In this sense, the Ministers of Trade and Agricultural Development will soon hold a meeting to draw up a clear road map to revitalize trade and explore areas of opportunity.

When referring to tourism issues, the benefits of a shared strategy, so that both countries will work a short-term roadmap, with the participation of tourism operators, airlines, hotels, chambers of commerce and other actors that allow a effective collaboration to strengthen multi-destination tourism in Panama and Costa Rica. Equally, was proposed the implementation of a shared customs and migration system to speed up the entry of visitors from non-migrant countries.

The Director of Customs referred to the Customs Logistics Integration Program-PILA, financed by the Inter-American Development Bank, for the modernization of border processes, which seeks to incorporate technology, infrastructure and fiscal and parafiscal control equipment. In line with this program, Panama and Costa Rica will lead efforts for the establishment of a single window for customs and migration to facilitate the entry of visitors to both nations.

On the part of Costa Rica, the Ministers of Foreign Affairs, Security, Trade, Agriculture, and Tourism; as well as directors, assistant-directors and advisors related to International Cooperation, Foreign Policy, Treaties, Public Force, National Police, Intelligence and Security, Migration,
Phyto-sanitary matters and others.