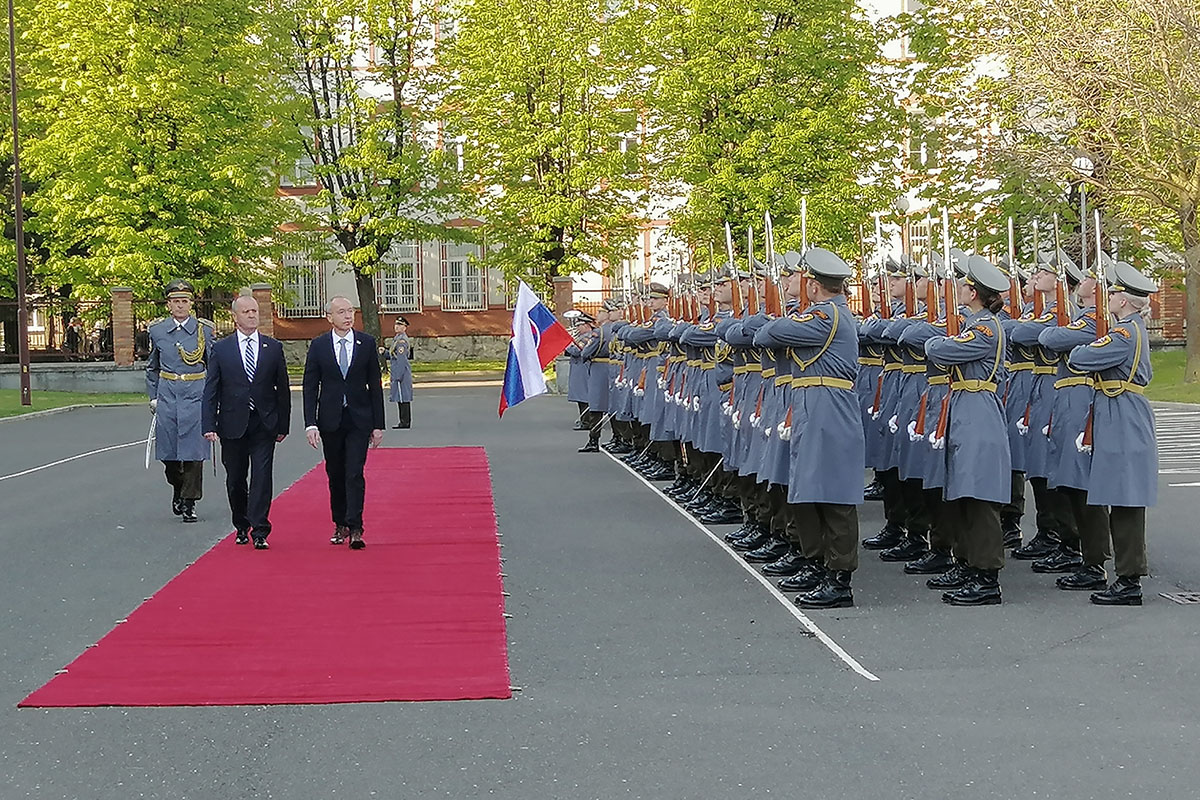 Within the preparations for the Croatian presidency of the European Union, the Deputy Prime Minister and Defence Minister Damir Krstičević were on the first official visit of a Croatian defence minister to Slovakia from 15 – 16 April 2019 over the past seven years, and met with the Slovakian Defence Minister Petr Gajdoš.

Minister Krstičević Gajdoš discussed the presidency of the European Union, the bilateral defence co-operation and the participation in joint NATO – the EU projects.

Minister Krstičević underlined Croatia’s forthcoming presidency of the European Union during the first half of 2020, which entailed major responsibility and challenge, for which it was preparing intensively.

“We appreciate Slovakia’s sharing of experiences during its presidency, which will be valuable during our Semester”.

The two sides emphasised that Croatia and Slovakia were friendly countries with good defence co-operation too.
The Slovakian Defence Minister said Slovakia and Croatia as NATO and the EU nations were going to be engaged in European V4 Battlegroup alongside the Czech Republic, Hungary and Poland.

The two Ministers Krstičević and Gajdoš discussed the presidency of the EU, the bilateral defense co-operation between Croatia and Slovakia and participation in joint projects of the European Union and NATO.
Minister Gajdoš said the successful presidency of the EU demanded thorough preparation and was a test for each new member country.

Minister Krstičević announced that Croatia’s priorities during its presidency would be the building of defense capabilities and implementation of defense initiatives of the European Union, enhanced NATO-the EU co-operation and of the trans-Atlantic link as well as strengthening of security and defense policy in southeast Europe.
“Croatia and Slovakia are both NATO members, and I am taking the opportunity to congratulate to you the 15th anniversary your membership”, said Minister Krstičević.

The ministers underlined Croatia and Slovakia’s affirmed commitment to contribute to NATO missions in Afghanistan and NATO’s Enhanced Forward Presence in the Baltic area and to the joint engagement in the Framework Nations Concept, to safeguard global security.

“Slovakia and Croatia are presently engaged in two PESCO projects – Military Mobility and The Network of Logistic Hubs in Europe and support to Operations, thus affirming the importance of the European military co-operation taking into consideration the necessary complementarity with NATO”.

The meeting agenda comprised also the promotion of co-operation of the two ministries and armed forces through the exchange of experiences, the military-technical co-operation and co-operation of special forces, air forces and defence industries and military education.

Minister Krstičević invited the Slovakian Minister to visit Croatia and announced a new memorandum on defence co-operation with the Republic of Slovakia.

During the visit to Slovakia Minister Krstičević also met with the Chairman of the Parliamentary Committee on Defence and Security Anton Hrnko.

Ministry of Defense of Croatia