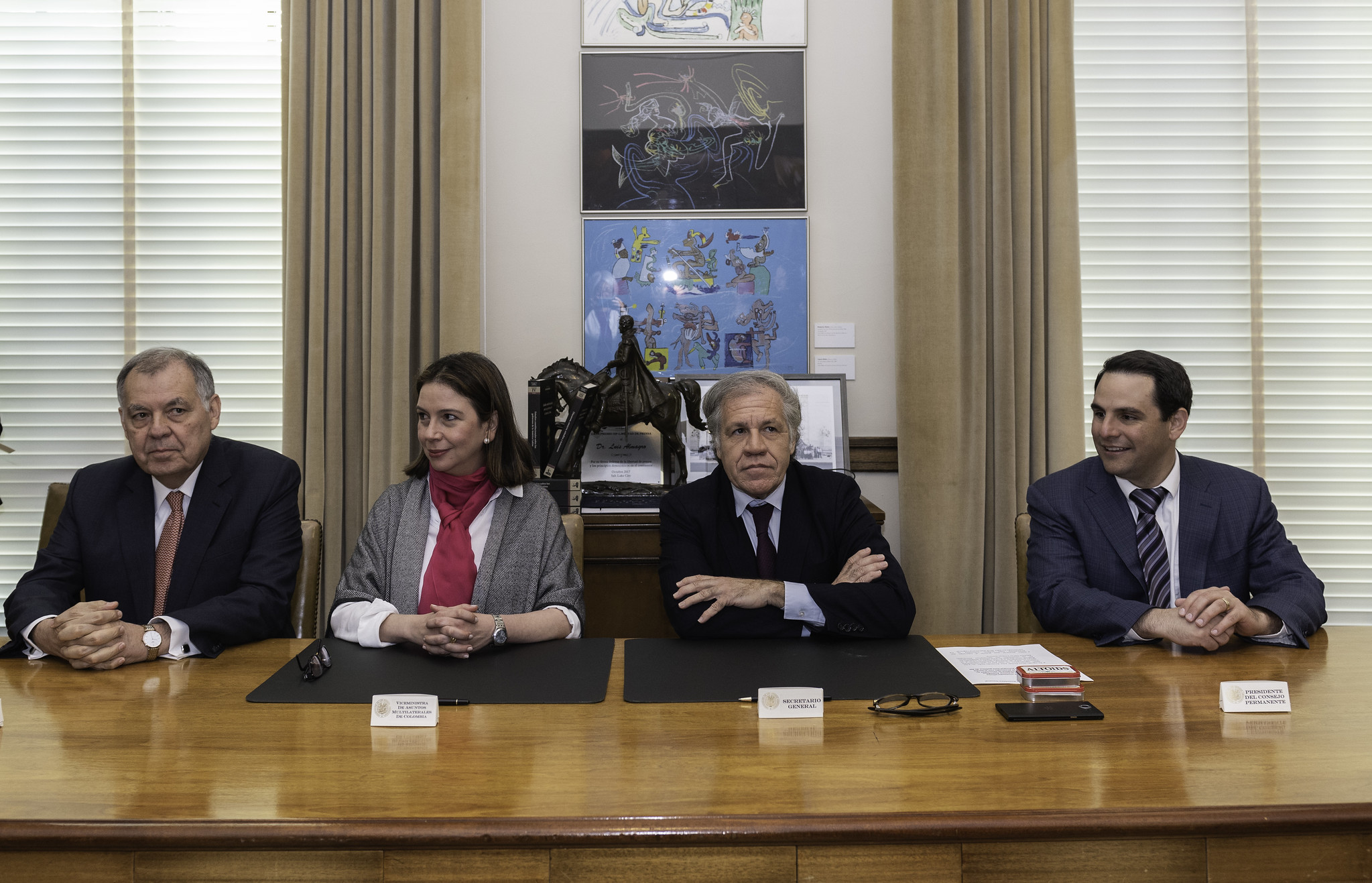 The Organization of American States (OAS) and the Government of Colombia today signed the agreement to hold the 49th General Assembly on June 26- 28 in Medellín, under the theme: “Innovating to Strengthen Hemispheric Multilateralism.”

At the signing of the agreement, the Deputy Minister of Multilateral Affairs of Colombia, Adriana Mejía, said her country is ready to receive the Foreign Ministers of the Hemisphere to discuss common problems and challenges. “The objective of the Assembly is to move forward on the main issues on the regional agenda,” said the Deputy Minister.

For his part, the Secretary General of the OAS, Luis Almagro, highlighted the leadership of the President of Colombia, Iván Duque, in regional diplomacy, and said the theme was chosen by the Colombian government “combines the need to renew ourselves as a region to reach development with the fact that the Organization is the main political forum of the Americas.”