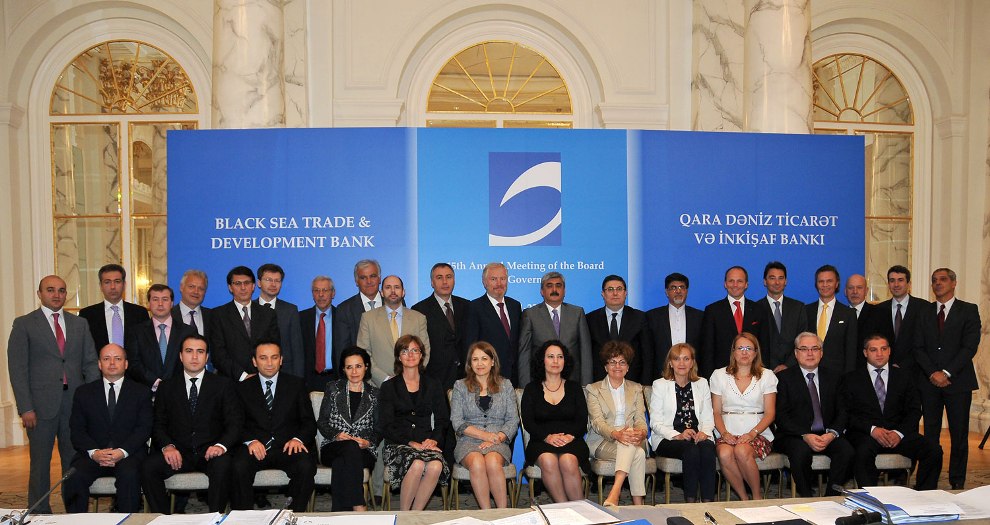 17-Jul-2018/Following a proposal by the Government of the Republic of Turkey, the BSTDB Board of Governors appointed Mr. Hasan Demirhan as Vice President Banking of the Black Sea Trade and Development Bank (BSTDB) for a period of four years starting on July 17, 2018. Mr. Demirhan is replacing Mr. Igor Leshukov, who has performed the duties since November 2014.

Mr. Demirhan is a Turkish national, born in 1964. He graduated from the Faculty of Economic and Administrative Sciences of the Hacettepe University in Ankara and holds an MBA degree in Banking Administration from the University of Exeter, United Kingdom.

Hasan Demirhan started his professional career in the banking sector in 1987 as Internal Auditor at Etibank in Ankara, Turkey. In 1997 he became General Manager at the Kalkinma Investment and Securities Company in Istanbul. Mr. Demirhan joined the Islamic Development Bank (IsDB) in Jeddah in 1999 as Senior Internal Auditor and made his career at the Treasury Department to become Director of the Department in 2009, overseeing IsDB’s extensive funding, investment, financial management, and corresponding banking relationships. In 2016 he took the duties of Director for Financial Policies and Planning Analytics responsible for Bank’s strategic financial planning and financial policies development. Mr. Demirhan was a member of IsDB’s Committees on Assets and Liabilities, Investment, and Risk Management, and represented IsDB on the Supervisory Board of Bosna Bank International in Bosnia and Herzegovina.

He is married and has three children.

The Black Sea Trade and Development Bank (BSTDB) is an international financial institution established by Albania, Armenia, Azerbaijan, Bulgaria, Georgia, Greece, Moldova, Romania, Russia, Turkey, and Ukraine. The BSTDB headquarters are in Thessaloniki, Greece. BSTDB supports economic development and regional cooperation by providing loans, credit lines, equity and guarantees for projects and trade financing in the public and private sectors in its member countries. The authorized capital of the Bank is EUR 3.45 billion. BSTDB is rated long-term “A-” by Standard and Poor’s and “A2” by Moody’s.