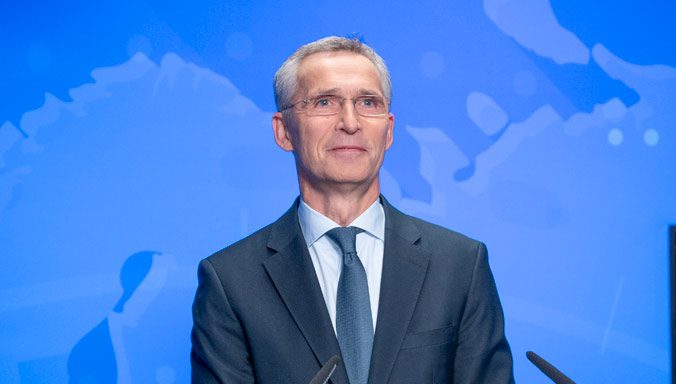 Τhe Secretary General stressed that this year will be an important opportunity to re-energise transatlantic relations and further strengthen the bond between Europe and North America: “So we need to stand together, North America and Europe, and I really count on Germany in playing a key role in these efforts.”

Mr. Stoltenberg also made clear that 2021 will be a year of decisions for Afghanistan.  He welcomed the ongoing peace talks: “There are many challenges, and many uncertainties, but of course, peace talks are the only path to peace, the only way forward to a peaceful negotiated solution. We support those efforts.”  Mr. Stoltenberg added that NATO Defence Ministers will assess the future of NATO’s mission in Afghanistan in February.

The Secretary General also stated that 2021 will be an important year for arms control and non-proliferation. He said: “We need to make sure when the new START agreement expires next month that we don’t end up with a situation where there is no agreement regulating the number of nuclear warheads.”