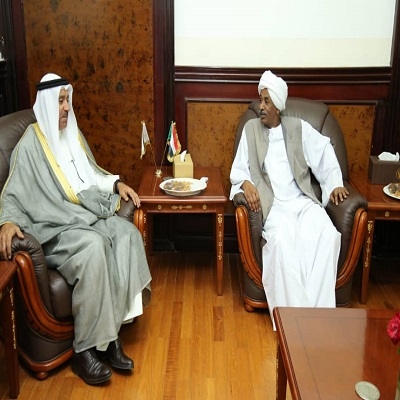 The Assistant to the President of the Republic, Mousi Mohammed Ahmed, hailed the high level of relations with the sisterly State of Kuwait, stressing the keenness of Sudan to promote bilateral cooperation in various fields, which began since the beginning of the sixties of last century.

During his meeting in Republic Palace, Ambassador of the State of Kuwait in Khartoum Bassam Mohammed Al-Qabandi discussed ways and means of promoting bilateral relations to meet the ambitions and wishes of the two peoples.

The Kuwaiti ambassador said in a press statement that the meeting focused on projects of development of eastern Sudan through donor fund and Kuwait Fund for Development, praising the achievements of projects and achieving positive results on the ground, pointing out his country’s efforts to complete all projects.

Office of the President of Sudan