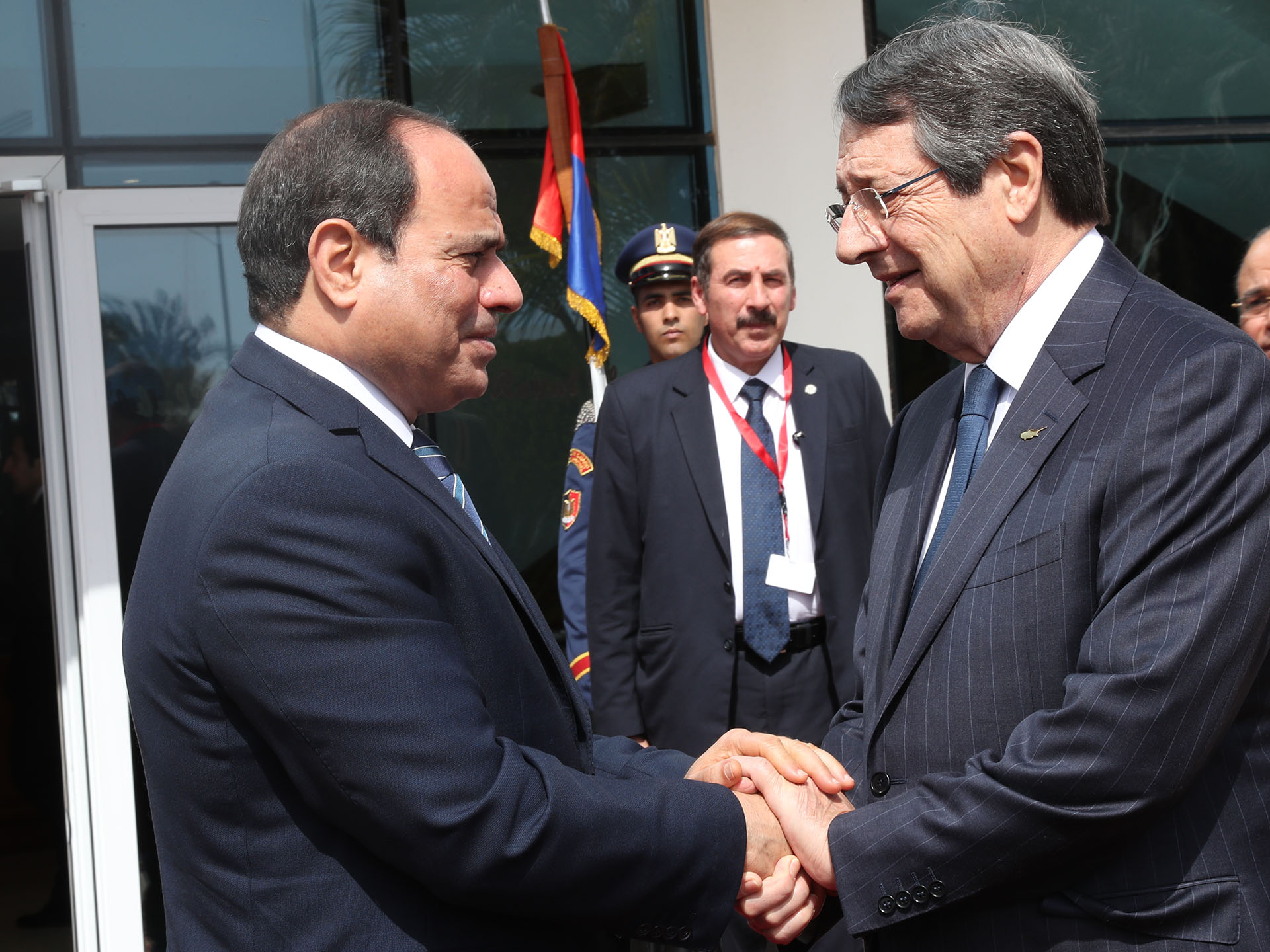 The President of the Republic, Mr Nicos Anastasiades, had a meeting with the President of the Arab Republic of Egypt, Mr Abdel Fattah el-Sisi in Egypt, where he will participate in the first EU- League of Arab States (LAS) Summit on 24 and 25 February, and will also have bilateral contacts with heads of state and government.

In addition to other contacts, President Anastasiades will meet on Monday morning the Prime Minister of Lebanon Saad Hariri, and with King Abdullah II of Jordan.

Close cooperation, the network of the trilateral cooperation as well as the role of Cyprus as a European pillar of stability and a state that can strengthen the conditions of security by playing a regional role in the area, are extended through these bilateral meetings and other contacts.

In the course of the Summit, the President of the Republic will push forward at the conference, the initiative for Cyprus to undertake a coordinating role of the policies and actions of the states in the for addressing the threat of climate change, and will also submit suggestions and positions about the issues on the agenda.

The President of the Republic, who will be accompanied in Egypt by the Government Spokesman Mr. Prodromos Prodromou, will return to Cyprus on 25 February.

Office of the President of Cyprus