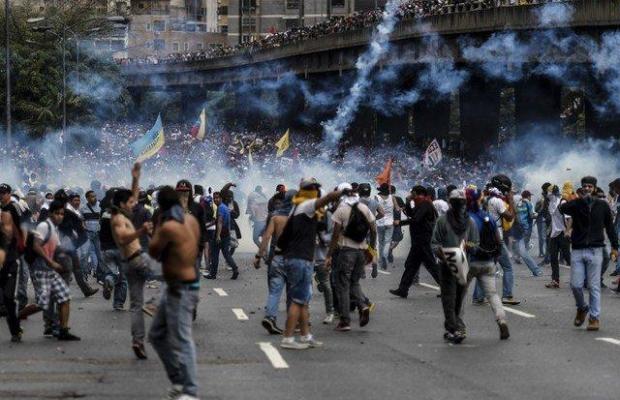 The Working Group of the Organization of American States (OAS) on Venezuelan migrants and refugees yesterday presented its preliminary report, which warns that the forced migration of Venezuelans will surpass five million people by the end of 2019 and that it is the second biggest crisis of migrants and refugees in the world, after that caused by the war in Syria.

The Secretary General of the OAS, Luis Almagro, said the Venezuelan crisis will continue to force people to leave the country. “With more than 3.4 million, Venezuelans are the second largest refugee population in the world, second only to Syria, which has been at war for 7 years. And the forecasts indicate that by the end of 2019 the exodus will reach 5.4 million people,” he said.

The report also predicts that, if the situation does not change in Venezuela, by the year 2020 between 7.5 and 8.2 million Venezuelans could be part of the forced migration.

The Coordinator of the Working Group, David Smolansky, said the report highlights the limited international aid for Venezuelan migrants and refugees. “We appreciate the generosity of the international community, but that contribution today does not reach 200 million dollars, and comparing it with the Syrian crisis that has received more than 30 billion dollars or that of South Sudan that has received nearly 10 billion dollars, we believe that the contribution that has been given for Venezuelan migrants and refugees is low,” he explained.

According to the report, $ 5,000 per person is destined for Syrian refugees and for Venezuelans less than $ 300 per person.

The report also offers updated figures on the number of Venezuelans in different countries of the region. In Colombia there are 1.2 million Venezuelans, in Peru 700,000, in Chile 265,000, in Ecuador 220,000, and in Argentina 130,000. It also highlights that the impact of the exodus in the Caribbean is high and that in Curaçao there are 26,000 Venezuelans who represent 15 percent of the population, and in Aruba there are 16,000 Venezuelans, which corresponds to 10 percent of the population.
The magnitude and speed of the migratory flow of Venezuelans -the report adds- has similarities with other episodes that have resulted in massive crises of migrants and refugees in the world, which have been caused by conflicts such as in Syria, Afghanistan, Somalia and South Sudan. “Independent reports say that at least 1.3 million Venezuelan migrants and refugees suffer from nutrition problems,” the report adds.