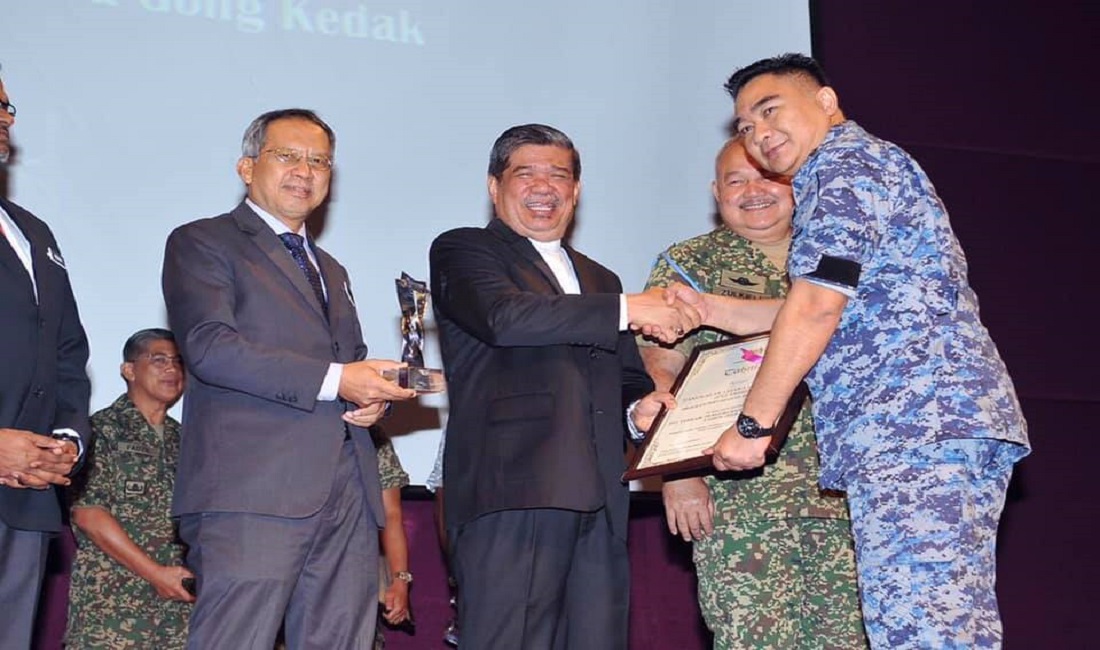 In his message, he stressed the five main thrusts of Foreign and ASEAN Relations, the Islamic World and Asymmetric Threats, Military Forces, Public and Veterans and Defence White Papers.

On another matter, he said the government had allocated RM70.5 million for the maintenance of Armed Forces Family Housing projects.
“Other than that, RM50 million has been set aside for upgrades and improvements to the Defence Ministry’s quarters. This allocation needs to be spent well so that we can ensure the well-being of members of the armed forces and their families.
The ceremony was also presented with the presentation of the Public Employee Award (AWAM) and Best Responsibility Center Award (PTJ) in the financial management performance appraisal system of 2018 Ministry of Defence.

Department of Defence of Malaysia