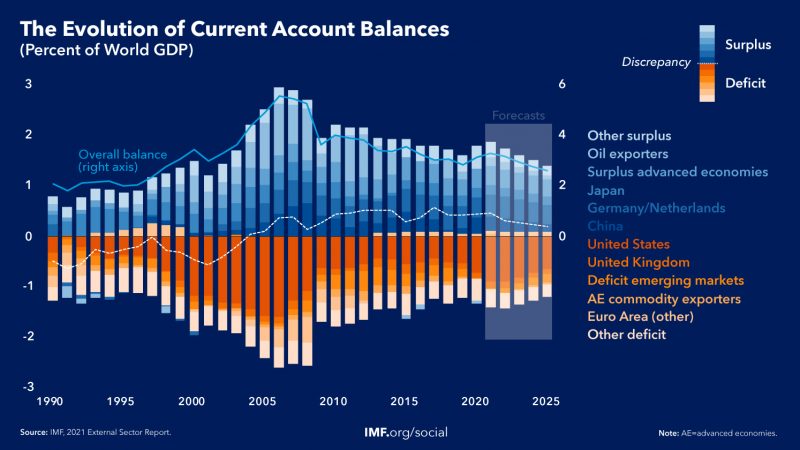 The dramatic fluctuations in current account deficits and surpluses in 2020 were driven by four major pandemic-fueled trends:

On top of these external factors, the pandemic led to massive government borrowing to finance health care and provide economic support to households and firms, creating large uneven effects on trade balances.

A reduction in balances could be delayed if large deficit economies like the US undertake additional fiscal expansions or there is a faster-than-expected fiscal adjustment in current account surplus countries, like Germany. A resurgence of the pandemic and a tightening of global financial conditions that disrupt the flow of capital to emerging markets and developing economies could also affect balances.

Despite the shock of the crisis and possibly due to its worldwide impact, excessive current account deficits and surpluses were broadly unchanged in 2020, representing about 1.2 percent of world GDP. Most of the drivers of excess external imbalances pre-date the pandemic and include fiscal imbalances as well as structural and competitiveness distortions.