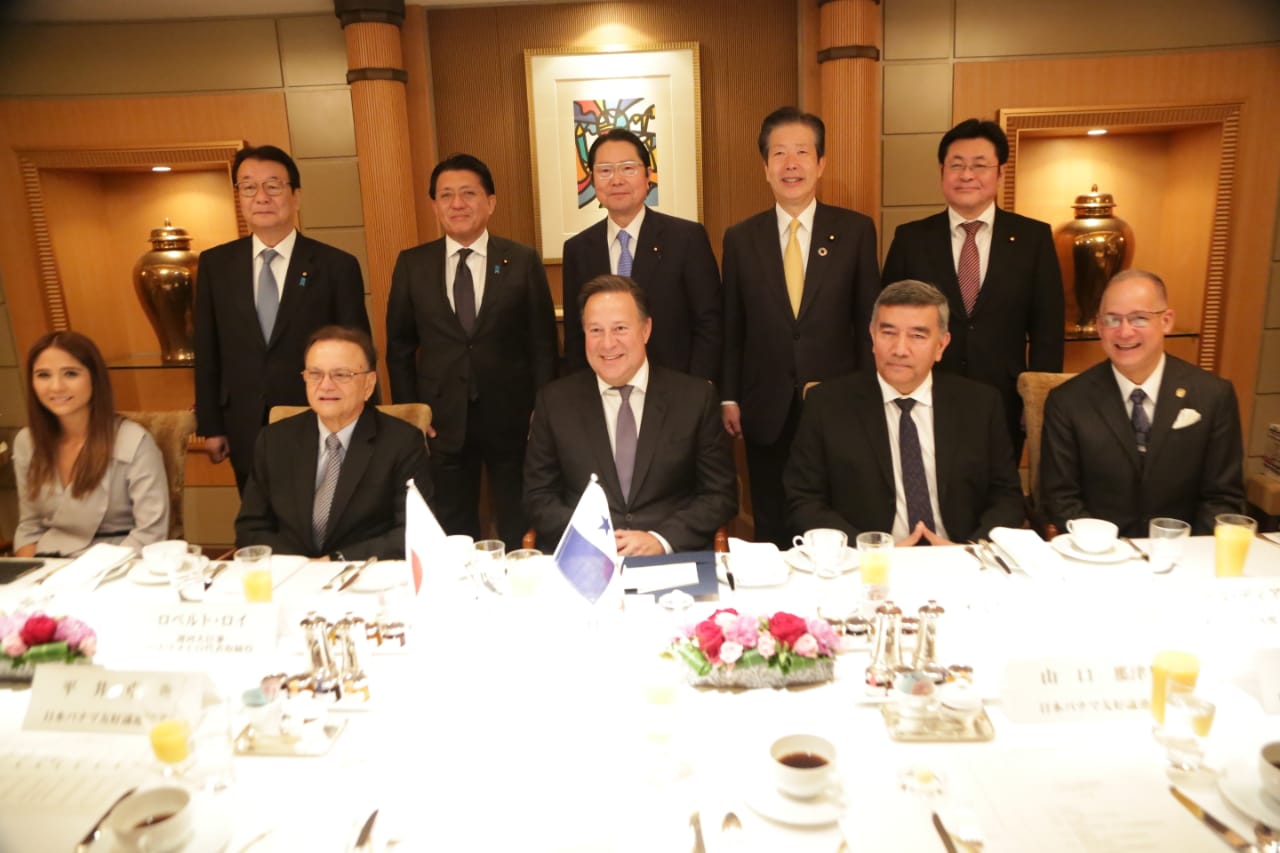 President Juan Carlos Varela invited the Japan International Cooperation Agency (JICA) -which finances Metro Line 3 to the West- to observe the evaluation of proposals presented by the four consortiums interested in its construction, supporting the transparency of the process and continuing the accompaniment that they have given in the stage of the preparation of the bidding of the documents of the Metro in the last two years.

In this meeting with Shinichi Kitaoka, president of the international agency, he announced that JICA seeks to strengthen its presence in the region, and Panama is the platform for this. “We have a lot in common with your country, there are many areas where we can cooperate”, he added.

In this line, he indicated his interest to be part of the Regional Logistic Center of Humanitarian Assistance, being the prevention of disasters one of the areas of collaboration of this agency.

President Varela, for his part, proposed an alliance within the framework of the National Plan of Panama Cooperates, in which the country would provide human resources and its logistical platform to take Japanese assistance to any country in the region.

Parallel, Panama and Japan will begin a new chapter in bilateral cooperation in the field of science and innovation, taking advantage of the leadership of the Asian country in the field and the incursion of Panama in its strategy of Scientific Diplomacy.

As part of his visit to Japan, the Panamanian President also met with the president of the Japanese airline All Nippon Airways, Shinya Katanozaka, who formally expressed interest in establishing a direct connection between Tokyo and Panama.

“We recognize the Tocumen Airport as one of the most convenient in Latin America and the relevance of the Copa Airlines network”, he affirmed.

In a bilateral meeting with the president of Mitsubishi, Ken Kobayashi, the Panamanian President thanked the company for its confidence in Panama by joining as part of the consortium that will equip Line 3 of the Metro de Panamá. He also highlighted the important participation of this Japanese company in the Panama Canal and thanked his preference in the flagging of ships with the flag of Panama.

“All Mitsubishi ships are registered with the Panamanian flag. We consider it to be the safest and the most competitive”, shared the Japanese businessman.

In a meeting with the Panama-Japan Parliamentary League, President Varela had the opportunity to thank its members for the role they have played in the approach between Panama and Japan. The parliamentarians agreed on the importance of continuing to expand this agenda, particularly in the maritime field, considering that Japan is one of the most important users of the Panama Canal.

Finally, the Panamanian Head of Government presided over a discussion with the Panama-Japan Business Cooperation Committee, an opportunity in which he expressed his gratitude for the trust in Panama and the growing interest in participating in projects that continue to change the quality of life of the Panamanians.