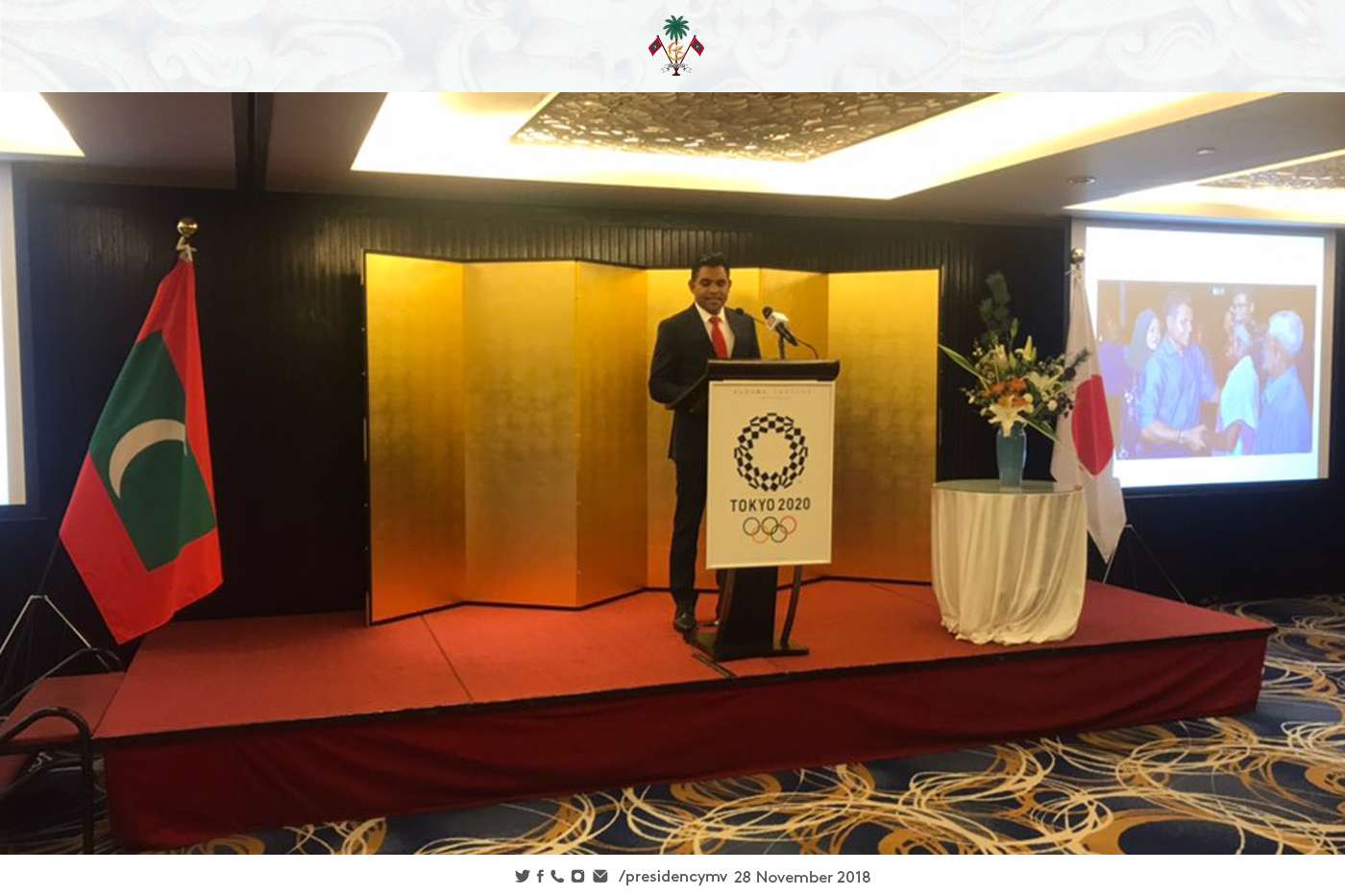 Vice President Faisal Naseem has stated that Japan has been one of the most important contributors to the Maldivian economy. He made this remark while speaking at the function held to mark Japan’s National Day.

Speaking at the ceremony, Vice President Naseem conveyed his greetings and best wishes to His Majesty the Emperor of Japan and the friendly people of Japan, on the occasion of Japan’s National Day.

The Vice President also highlighted the age-old bonds of friendship between the Maldives and Japan, underlining decades of trust, understanding and mutual respect. In this regard the Vice President underscored the areas Japan has contributed towards the development of the Maldives.

In his speech, Vice President Naseem also expressed hopes of continuing working together on issues of mutual interest bilaterally and multilaterally, and assured of the administration’s confidence that the relationship between the two countries to reach new heights.