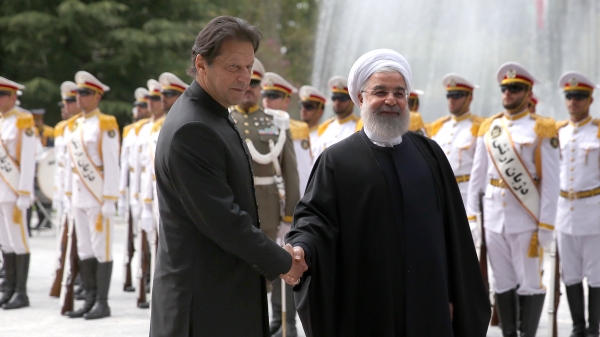 The Prime Minister of Pakistan made pilgrimage to the tomb of Imam Reza (PBUH) on a visit to Mashhad on April 21, 2019. In addition to meeting with President of the Islamic Republic of Iran Mr Rouhani, the Honourable Prime Minister Mr Imran Khan had a meeting with the Supreme Leader of the Islamic Revolution, Ayatollah Seyyed Ali Khamenei, in his first official visit to Iran as prime minister.

The Pakistani Prime Minister expressed his gratitude to the warm and generous hospitality of the President of the Islamic Republic of Iran from the Pakistani delegation and officially invited Dr. Rouhani to make a visit to Pakistan as soon as possible. Iranian President wholeheartedly accepted this invitation. The date of the visit will be determined through diplomatic channels.