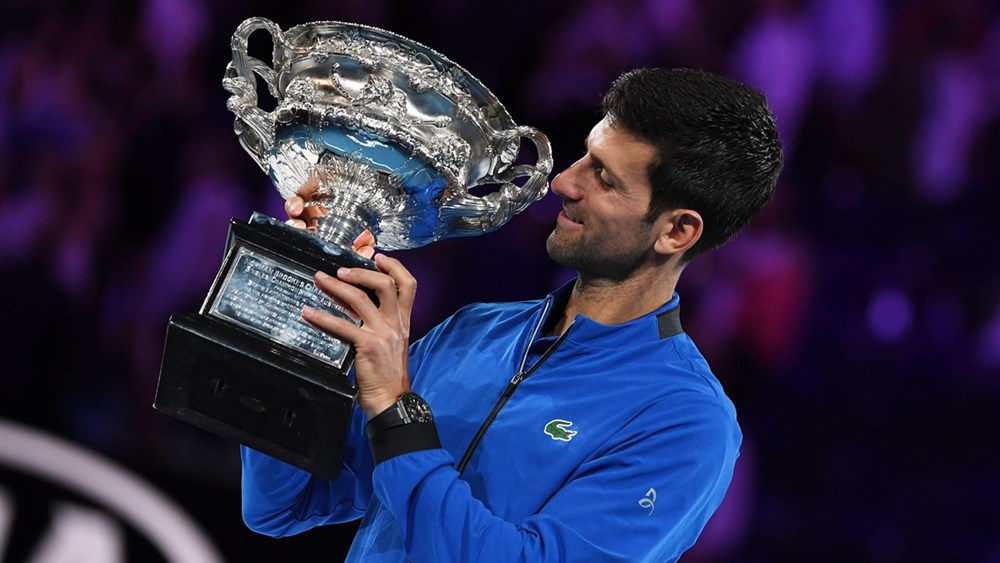 A dominant Novak Djokovic assumed the status of the undisputed king of Melbourne Park after brutally dismantling Rafael Nadal in the men’s singles final to clinch a record seventh Australian Open title.

Djokovic was at his irresistible best and brushed aside Nadal, who simply had no answer to his rival’s majesty, 63 62 63 in two hours and four minutes, as the Serbian lifted silverware at a third successive Grand Slam.

A seventh crown here moves Djokovic ahead of Roger Federer and Roy Emerson in the Australian Open title-winning pecking order, while the 31-year-old now has 15 majors to his name.

He is third on the all-time list for Grand Slam gongs, moving ahead of American Pete Sampras following his latest salvo, with Nadal’s haul of 17 firmly in his sights and Federer’s trailblazing tally of 20 on the horizon.

By winning in Melbourne, Djokovic is also the first man in history to record three streaks of three or more consecutive Grand Slam victories, following his triumphs at Wimbledon and the US Open in 2018.

“I am aware that making history of the sport that I truly love is something special,” said Djokovic, who by virtue of reaching the fourth round had already ensured he would remain world No. 1. “Of course, it motivates me. How many seasons to come? I don’t know. I’m not trying to think too much in advance.

“I do want to definitely focus myself to improve my game and maintaining the overall wellbeing that I have – mental, physical and emotional – so I would be able to compete at such a high level for the years to come, and have a shot at eventually get closer to Roger’s record. It’s still far.”

The final itself did not live up to billing as a spectacle. The prospect of a Djokovic-Nadal showdown evoked memories of their 2012 epic when the gladiatorial battle required nearly six hours to be settled. This was a very different affair.

Top seed Djokovic was bordering on faultless, breaking Nadal’s first service game and claiming 12 of the opening 13 points on offer. He was merciless as he wrapped up the first set in just 38 minutes.

The toiling Nadal, who had reached the final without dropping a set – the seventh time in his career that he had achieved such a feat at a major – appeared rattled and was unable to summon any form of coherent or sustained response.

Djokovic continued to turn the screw in the second set, breaking No. 2 seed Nadal twice to leave him serving for a commanding 2-0 lead, with three aces underlining his ferocious authority.

A further break early in the third set put Djokovic on course for the most comfortable of wins, which was achieved after fending off break point in the sixth game and countering the Nadal serve once more.

In total, Nadal made 28 unforced errors, which contrasted starkly to Djokovic’s nine, while the newly-crowned champion, who has won 13 of his last 16 meetings with the Spaniard and not lost to him on hard court since the 2013 US Open final, hit 34 winners.

Nadal, who had been bidding to become the first man in the Open Era – and only the third in history – to win each of the four Grand Slam titles at least twice, attempted to accentuate the positives of his run to the final.

“I have been going through tough times over the past year. I only played in nine events and had to retire from two, and I was not able to play professional match since the US Open,” said Nadal, who cut short his 2018 campaign due to an abdominal muscle problem and to have ankle surgery.

“Even though tonight was not my night, it was very important for me in coming back from injury. I believe I played a good two weeks of tennis and it is a great energy and inspiration for what is coming.

“I will keep fighting to give myself better chances in the future.”