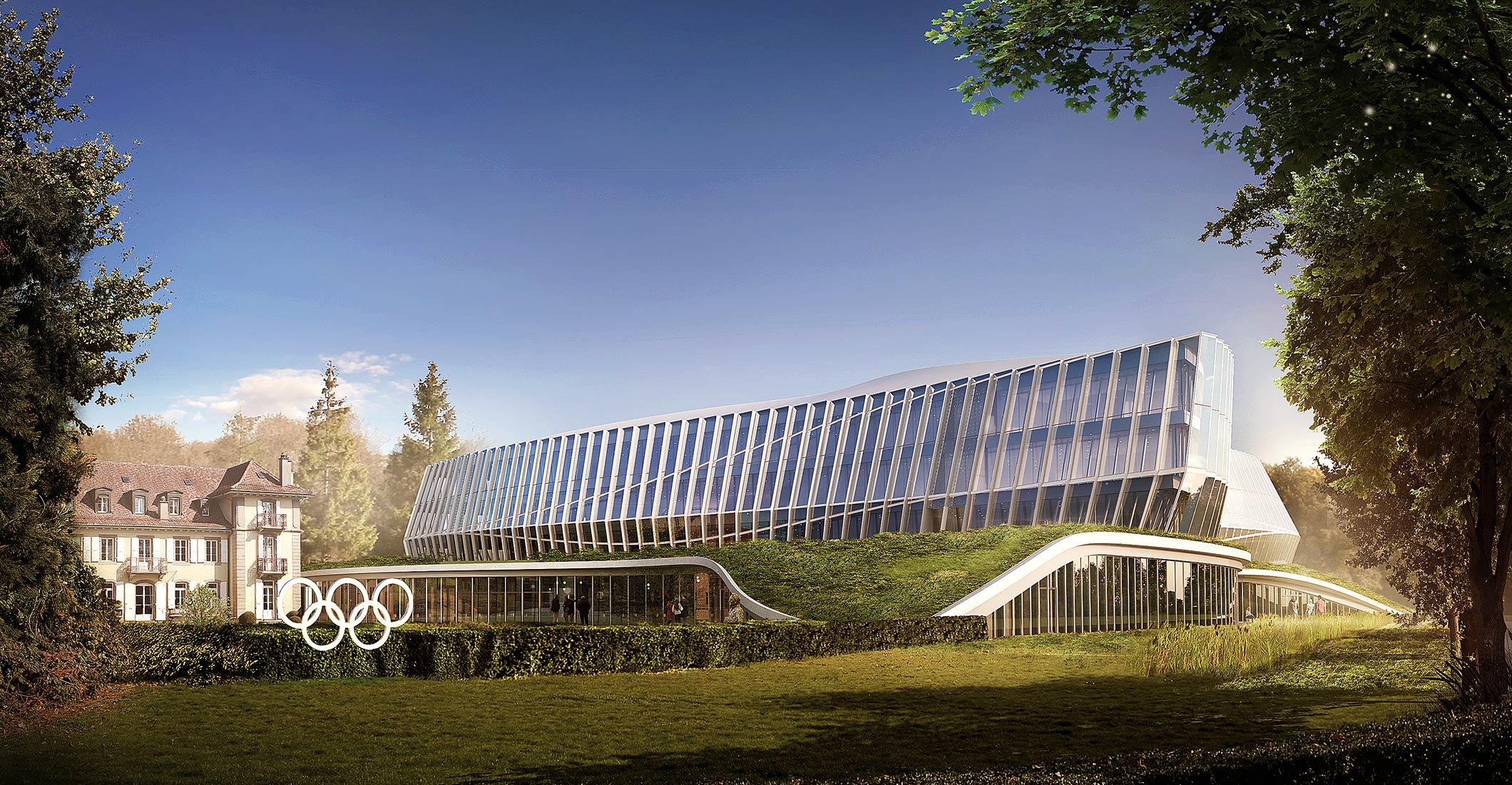 THE INTERNATIONAL OLYMPIC COMMITTEE (IOC) WILL OFFICIALLY INAUGURATE ITS NEW HEADQUARTERS ON 23 JUNE DURING THE CELEBRATION OF OLYMPIC DAY. IN 2019 THIS SYMBOLIC DAY WILL MARK THE 125TH ANNIVERSARY OF THE CREATION OF THE IOC.

The inauguration of Olympic House will be the culmination of a journey that started back in 2014 when the IOC decided to move ahead with the consolidation of its head office.

ALL IOC STAFF UNDER ONE ROOF

Designed by Danish architecture firm 3XN, Olympic House will allow the IOC to bring together its staff – 500 employees currently spread across Lausanne in four locations – under one roof at a single site. Selected by the IOC in April 2014 after an international architecture competition, 3XN partnered with Swiss architects IttenBrechbühl to oversee the construction of the project.

From 23 June onwards, the IOC will benefit from two Olympic centres in Lausanne: Olympic House in Vidy to cater for its administration and offer a welcoming meeting place for all its stakeholders; and The Olympic Museum in Ouchy to host the general public.

ATTACHMENT TO LAUSANNE, THE OLYMPIC CAPITAL

With this new building, the IOC confirms its attachment to Lausanne, the Olympic Capital. Developed in close consultation with the local authorities, Olympic House will offer the region an emblematic architectural landmark and become an important element of the local Louis Bourget public park, which welcomes a diverse group of visitors every year.

Olympic House is a unique example of innovative collaboration between many different stakeholders, including the IOC, the Worldwide Olympic Partners (Dow, Toyota and Panasonic), 3XN and IttenBrechbühl, sustainability certification bodies, local authorities, suppliers and academics.