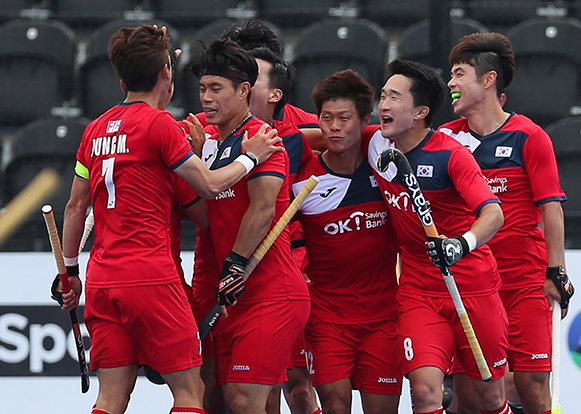 Following the positive steps undertaken by the International Olympic Committee and in particular its President Dr. Thomas Bach ahead of last year’s Winter Olympic Games in to unite North and South Korea through sport, the International Hockey Federation (FIH) has put together an action plan with the objective to get to the participation of a unified Korean hockey team for future FIH events, potentially for the Tokyo 2020 Olympic Games and its qualification process.

As part of this peace-making engagement, a build-up meeting involving FIH President Dr. Narinder Dhruv Batra, FIH Executive Board member Tayyab Ikram, FIH CEO Thierry Weil and the delegates from the Hockey Associations of Korea DPR and the Republic of Korea was held on the occasion of the FIH Congress in New Delhi in November last year. At that time, a number of concrete proposals such as joint training camps or exchange programmes were made, with both Hockey National Associations stating their intention to consult their respective National Olympic Committees and governments on this vision.

Last week in Lausanne, a fruitful meeting was held between Tayyab Ikram, who also chairs the FIH International and Olympic Relations panel, and the relevant stakeholders, where future steps to reach the goal of playing together as one team were discussed.

FIH firmly believes in the power of sport to act as a catalyst for peace and will therefore decisively continue to play an active role for this cause.