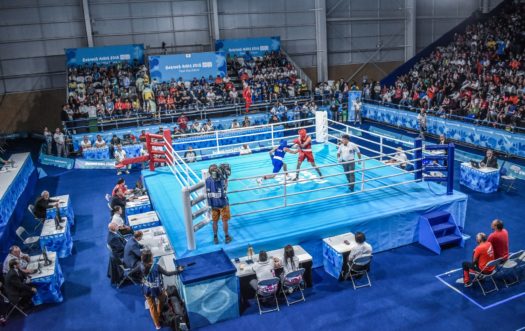 Following the International Olympic Committee (IOC) Executive Board decision last month to set up an Ad Hoc Inquiry Committee related to International Boxing Asscociation (AIBA), the AIBA President Mr. Gafur Rahimov has sent a letter to the Chairman of the Ad Hoc Inquiry Committee, Mr. Nenad Lalovic, expressing his wish for the process to get started and suggested a kick-off meeting early January. In his letter to Mr. Lalovic, the AIBA President also confirms that he and the entire AIBA leadership look forward to collaborating with the Committee and to providing clarity regarding any questions that the IOC may have following the latest progress report submitted to the IOC. In the spirit of transparency and given the importance of the outcome on Olympic Boxing, the AIBA President also suggests that any hearing as part of the inquiry would make open to the public.

The progress report submitted last month prior to the IOC Executive Board meeting documents that 1) AIBA now ranks in the top half of all summer International Federations according to the official ASOIF ranking; 2) AIBA is now fully compliant with the WADA Code and has signed agreements with the International Testing Agency; 3) AIBA has a new fully revamped Refereeing & Judging systems that fosters a culture of transparency and fair play which has been praised by the IOC and PwC; 4) The financial situation of AIBA is now stable with a positive cash-flow due to significant increase in revenues.

Tom Virgets, AIBA Chief Executive Officer said: “Both within the AIBA leadership as well as within all the national federations there is a strong desire to close this chapter of on-going requests & reports followed by additional request & reports. Everybody in AIBA – especially our member federations – need to be given the chance to get back to fully focusing on developing our sport, from grassroots activities to Olympic Boxing. Under the new AIBA leadership, our organisation has made huge progress over a very short period of time. This progress has been documented by several sporting partners within the Olympic Movement, such ASOIF, ITA, WADA and others, and still the motives and capabilities of the AIBA leadership seem to be questioned – as recently as yesterday. Many of our members have asked me why this is happening now when AIBA on all accounts – from governance to anti-doping, from finance to refereeing & judging – are in dramatically better shape than a year ago, when at that time it was apparently not a problem. The AIBA leadership and administration look forward to discussing that as soon as possible with IOC Ad Hoc Inquiry Committee and to sharing the response with our members”.