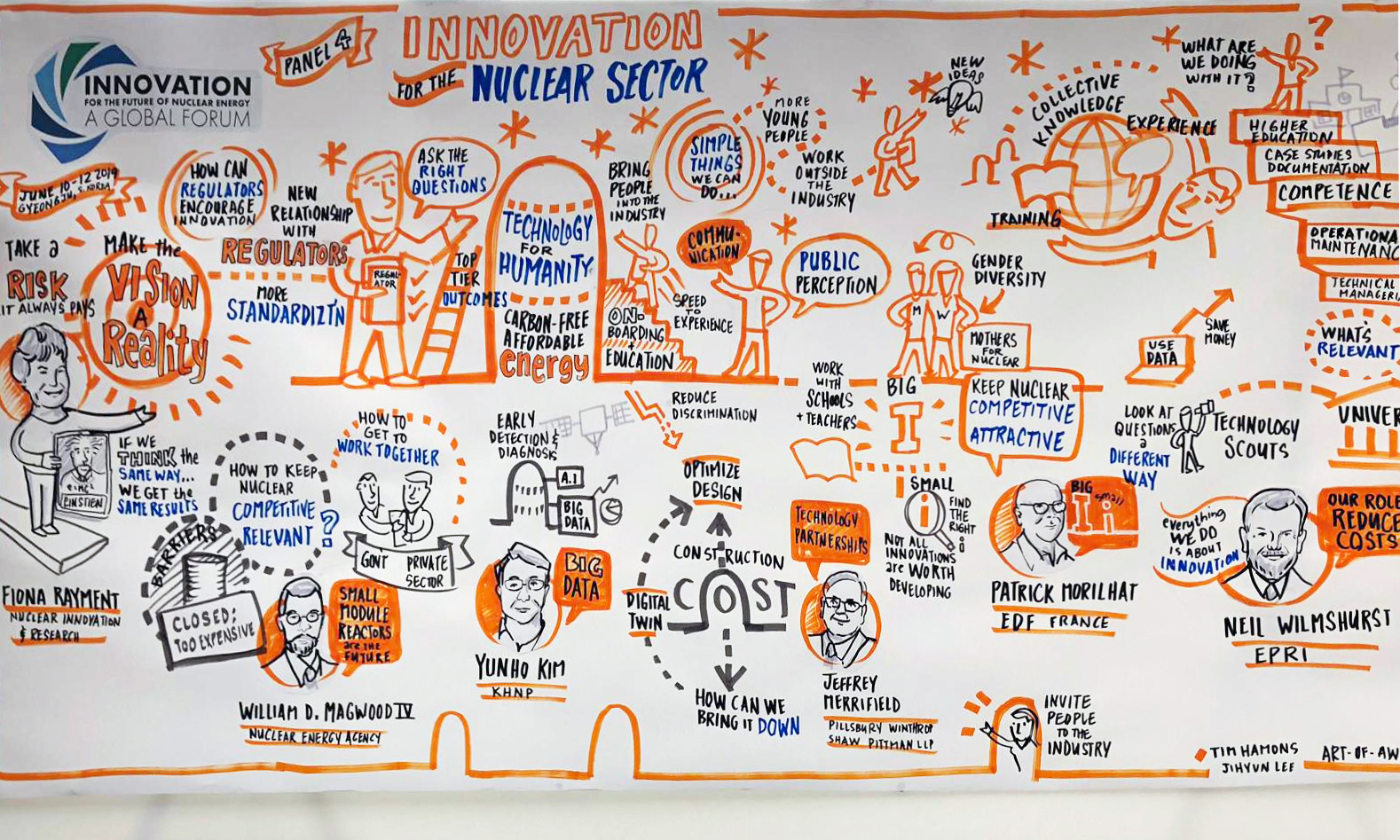 The first Global Forum on Innovation for the Future of Nuclear Energy took place in Gyeongju, Korea, on 10‑13 June 2019, organised jointly by the NEA, the Electric Power Research Institute (EPRI), the International Atomic Energy Agency (IAEA), Korea Hydro & Nuclear Power (KHNP) and the United Kingdom National Nuclear Laboratory (NNL). The event brought together a selective group of key stakeholders in the nuclear field who participated in interactive discussions on accelerating nuclear innovation.

On the first day of the forum, NEA Director‑General William D. Magwood, IV participated in a panel session to make a baseline status update on innovation in the nuclear sector. On the second day he chaired a roundtable on regulatory insights, during which several high‑ranking regulators discussed the role of nuclear regulatory authorities in fostering innovation. During this session, Dr Fiona Rayment of the NNL joined Director‑General Magwood to launch a new summary of the outcomes of the NEA Nuclear Innovation 2050 (NI2050) initiative.

The two and a half day forum concluded with the elaboration of a short list of follow‑up actions. The next Global Forum for Nuclear Innovation will take place in the United Kingdom in 2020, hosted by the NNL.