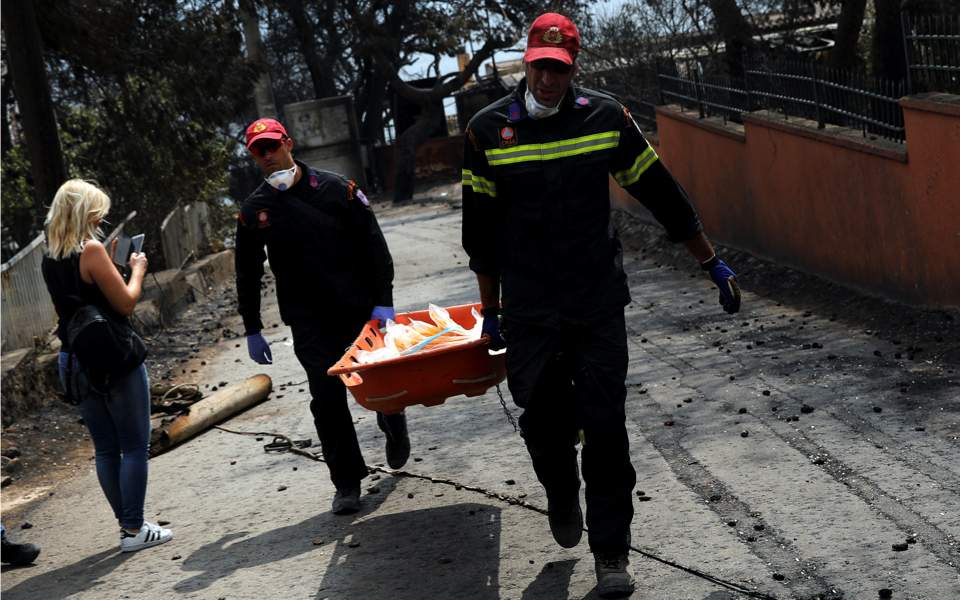 24 July 2018/At least 74 people have been killed in wildfires raging close to Athens since Monday, a Greek fire brigade official said on Tuesday.

At least 187 people, including 23 children, have been injured. The number of missing persons was still unclear.

The number outpaces the death toll of 2007, one of the worst on record, where about 70 individuals died from fires in the southern Peloponnese region.

Firefighters carry a stretcher filled with body bags, following a wildfire at the village of Mati, near Athens, Tuesday.