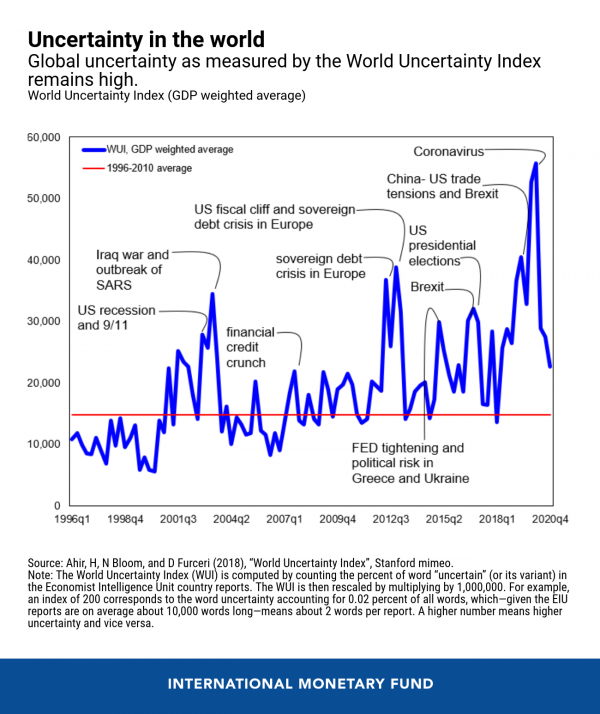 Global uncertainty reached unprecedented levels at the beginning of the COVID-19 outbreak and remains elevated. The World Uncertainty Index—a quarterly measure of global economic and policy uncertainty covering 143 countries—shows that although uncertainty has come down by about 60 percent from the peak observed at the onset of the COVID-19 pandemic in the first quarter of 2020, it remains about 50 percent above its historical average during the 1996–2010 period.