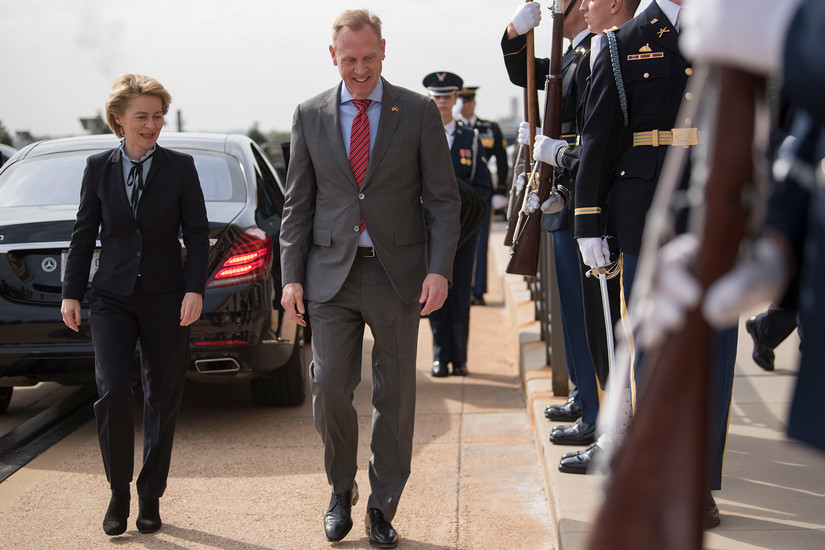 Acting Defense Secretary Patrick M. Shanahan and German Defense Minister Ursula von der Leyen met at the Pentagon to confer about a wide range of issues critical to the defense relationship between the two allies.

Shanahan expressed appreciation for Germany’s role as host to the largest U.S. force presence in Europe, which he said is critical to supporting U.S. worldwide operations.

According to the U.S Department of Defense, the military-to-military relationship between the United States and Germany is one of the strongest in Europe as: