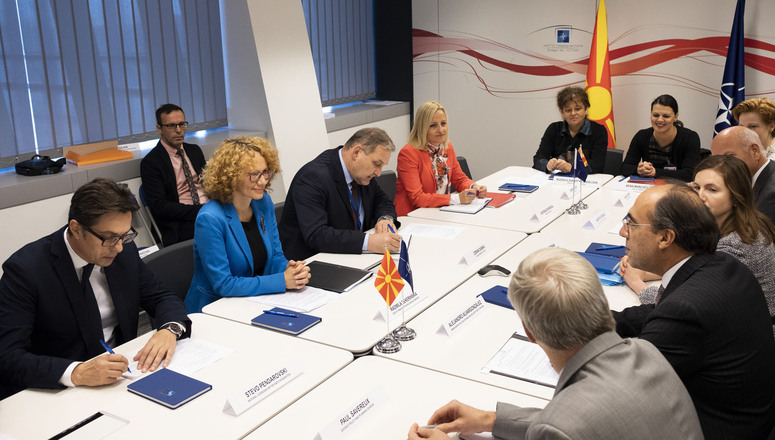 The former Yugoslav Republic of Macedonia¹ marked an important step on its road towards NATO membership on Thursday (18 October 2018), beginning two days of formal Accession Talks at the NATO headquarters in Brussels.

Work on the accession process began in July, following the invitation from Allies at the Brussels Summit. At the recent meeting of the NATO Defence Ministers, NATO Secretary General Jens Stoltenberg stressed that “once all the constitutional changes on the new name are completed we can sign the accession protocol.” He underlined that this is a “historic opportunity,” and urged “all political leaders and parties to work together constructively and responsibly to seize this opportunity.”

The country has worked closely with NATO, joining the Partnership for Peace (PfP) in 1995 and the Membership Action Plan (MAP) in 1999. For many years, the country has provided valuable support to NATO-led operations and missions in Afghanistan and Kosovo.