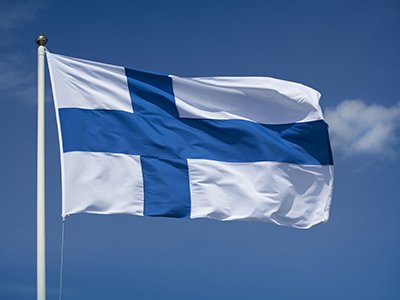 A report on the Arctic railway by a Finnish-Norwegian working group has been completed. For the time being, it does not present any further measures for promoting the railway project.

The task of the working group was to examine the preconditions for the construction of the Arctic railway and to consider the factors that should be taken into account, if the planning process continued. The report focused on 1) possible finance models, 2) planning and permit procedures and 3) environmental issues and questions relating to the Sámi.

“I want to thank all those in Finland and Norway who contributed to the preparations for their cooperation. During the preparation work, the preconditions for the Arctic railway project and the requirements for completing it have been reviewed with different parties,” says Anne Berner, Minister of Transport and Communications of Finland.

No decision on the construction of the railway or the choice of routing has been made either in Finland or in Norway. In order to be able to launch the planning, a political decision on the implementation of the project would have to be made in both countries. The current report is a preliminary report of the Rovaniemi-Kirkenes railway routing. While the report was being drafted, it was not possible to assess all factors affecting the rail project.Profitability assessments

According to all the finance models used in the report, the project would not be commercially viable. The annual transport volume would have to be around 2.5 million tonnes to cover the maintenance costs each year. According to current information, such volumes cannot be regarded realistic without any significant changes in business in the area or in the costs of different transport modes.

From the perspective of tourism in the Finnish Lapland, all measures that would make travelling to Lapland easier would be welcome. The Arctic railway would strengthen the link between Lapland and the wider Arctic area. However, the construction of the railway would not be financed through income from tourism, and tourism is not a sufficient ground for the project.

The report also indicated that full utilisation of the Arctic railway as part of a travel chain to Central Europe would, above all, call for an increase in the capacity of the main rail line in Finland, particularly in its busiest section between Helsinki and Tampere.Planning and permit process would have multiple phases in Finland and Norway

The planning and permit process would be long and include multiple phases in both Finland and Norway. Naturally, there are differences between Finland and Norway in the stages of the rail planning. If a decision was made to continue with the planning of the project in future, the next stage could be a cross-border study on how to integrate the planning processes.

Like Norway, Finland is starting to implement a 12-year transport system planning process. It provides a certain framework for the possible further planning, because the Arctic railway planning would have to be fitted into the transport system plans of both countries. Even at its fastest rate, the planning and construction of the railway would take at least 15 years. Effects on the environment and the Sámi people

According to the report, the Arctic railway would have diverse impacts on the environment and the Sámi people. The uniqueness and sensitivity of the natural environment in the North requiring special attention are widely known. If the project was to be promoted, the participation of the indigenous people, the Sámi, must be ensured so that no irrevocable damage would be caused to their culture or livelihoods.  There are several measures and procedures in international legislation as well as in the national legislations of Finland and Norway ensuring that the internationally recognised special status and rights of the Sámi to their homeland, language and culture are correctly taken into account. It is essential that the Sámi, reindeer herders and other parties that would be affected by the railway project would take part in the planning process from the beginning.

The Finnish members of the working group led by the Finnish Ministry of Transport and Communications included the Ministry of the Environment; Transport Agency; Regional Council of Lapland; Centre for Economic Development, Transport and the Environment for Lapland; Joint Municipal Authority for Regional Cooperation in Lapland; Sámi Parliament; and Skolt Village Assembly and Norway’s representatives were from the Ministry of Transport and Communications; Norwegian Railway Directorate; the County Governor of Finnmark; Finnmark County Municipality; and the Norwegian Sámi Parliament. Other stakeholders were also heard in the process. The term of the working group was from 9 May until 14 December 2018.

Ministry of Transport and Communications of Finland