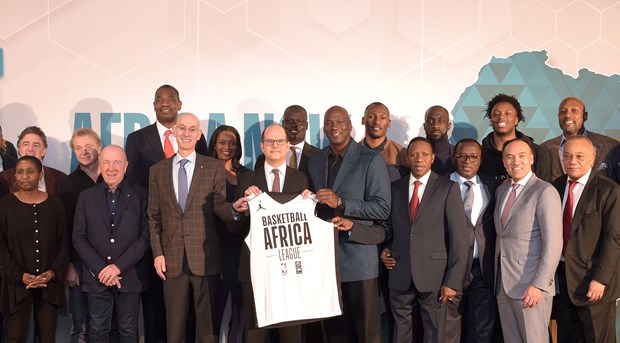 The BAL will be built on the foundation of current club competitions FIBA is organizing in Africa. Scheduled to begin play in January 2020, the BAL would mark the NBA’s first collaboration to operate a league outside of North America.

The NBA also announced its plan to introduce a re-imagined direct-to-consumer offering of NBA games for fans in Africa by the start of the 2019-20 NBA season. The offering would include new packages, features and localized content, with additional details to be announced at a later date.

Mr. Zagklis said: “On FIBA’s behalf, it’s a huge joy to see our partnership with the NBA enter unchartered territory as we work together for the first time to maximize the potential of professional basketball in Africa. This is a natural extension of what we have done through the joint initiative that is Basketball Without Borders (BWB), which helps find, develop and nurture young talented players all around the world, including in Africa. The Basketball Africa League will enable us to build on the solid foundation laid by FIBA Africa and relaunch the continent’s club competition to offer the ultimate platform for the very best clubs and players.”

Mr. Bilé said: “This is a historic day for FIBA Africa and basketball on our continent. We’re excited to work closely with the NBA to develop and put in a place a professional league like none that we have ever seen in our region before. Through the Basketball Africa League, we can provide the many great clubs and players with the best possible environment to compete for the highest stakes. The implementation of this league is also vital to our young up-and-coming players in Africa as it gives them something to take aim at: they can look at becoming players who can play and evolve in these competitions, right on their continent.”

Mr. Silver said: “The Basketball Africa League is an important next step in our continued development of the game of basketball in Africa. Combined with our other programs on the continent, we are committed to using basketball as an economic engine to create new opportunities in sports, media and technology across Africa.”

Mr. Fall said: “The establishment of the Basketball Africa League is another exciting milestone for the NBA in Africa. Having a top-flight professional basketball league in Africa will provide a platform for elite players to showcase their talent and inspire more young boys and girls to play the game.”

The NBA and FIBA plan to conduct qualification tournaments later this year to identify the 12 teams that would represent several African countries, including Angola, Egypt, Kenya, Morocco, Nigeria, Rwanda, Senegal, South Africa and Tunisia, with no more than two teams from the same country able to qualify.

The NBA and FIBA also plan to dedicate financial support and resources toward the continued development of Africa’s basketball ecosystem, including training for players, coaches and referees, and infrastructure investment.