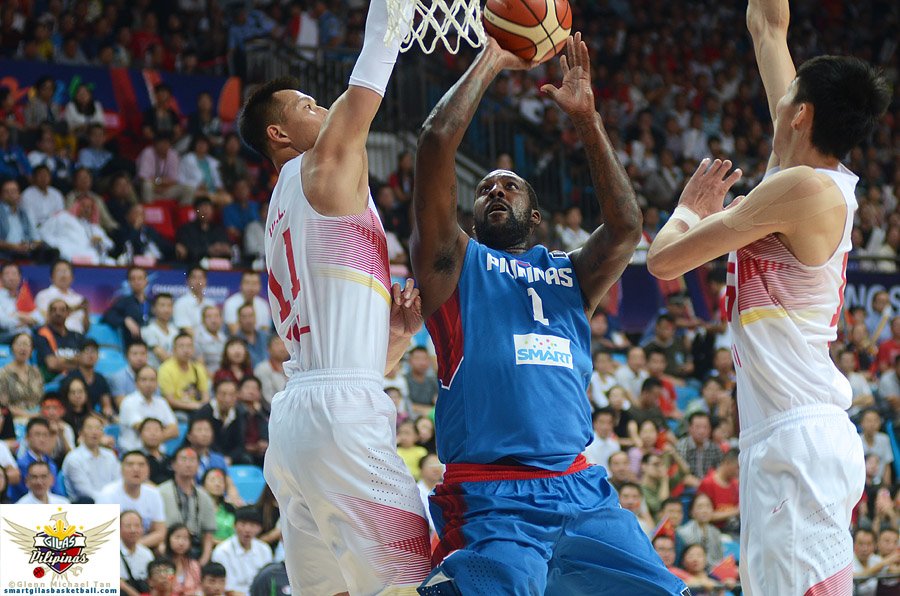 Andray Blatche is on a mission to carry the Philippines into the FIBA Basketball World Cup 2019 as he returns to the national team for the Asian Qualifiers.

Blatche, who is currently averaging 11.7 points, 11.8 rebounds and 2.2 blocks per game in the Asian Qualifiers, admitted feeling helpless as he watched the Filipinos in the previous window, where they absorbed two crucial defeats at the hands of Kazakhstan and Iran. The 32-year-old knew he would have made a big difference had he seen action.

“It was tough for me, very tough for me,” he shared. “When we ended up losing the two, I realized what kind of predicament we were in. I was upset because I felt like I could have contributed to the team.”

The 6ft 11in (2.10m) former NBA journeyman is back in Manila now, getting his feet wet under head coach Yeng Guiao and trying to acclimate himself to the national team’s revamped system.

So far, coach Yeng has liked what he has seen from Blatche.

“I think he’s in decent shape just by looking at him,” coach Yeng said. “I see him working out with his shooting drills, he’s really skilled. The skills that he has are tailor-made for the system that we run. That’s good news for us. I think Qatar and Kazakhstan do not have someone to match up against him one-on-one, so they have to send the double team or devise a way to control him in the low block. That’s what we need and that’s what we designed his presence to be, not just for him to score but also to draw the attention of the defense.”

For his part, Blatche, who is under contract with the Tianjin Ronggang Gold Lions in the Chinese Basketball Association, is positive that he can assert his might against Qatar and Kazakhstan in the final window. He likes coach Yeng’s system and feels he can thrive in it.

The Filipinos first face Qatar on 21 February at the Al Gharafa Sports Club in Doha before wrapping up their Asian Qualifiers campaign opposite Kazakhstan at the Republican Velodrome Saryaka in Astana on 24 February.