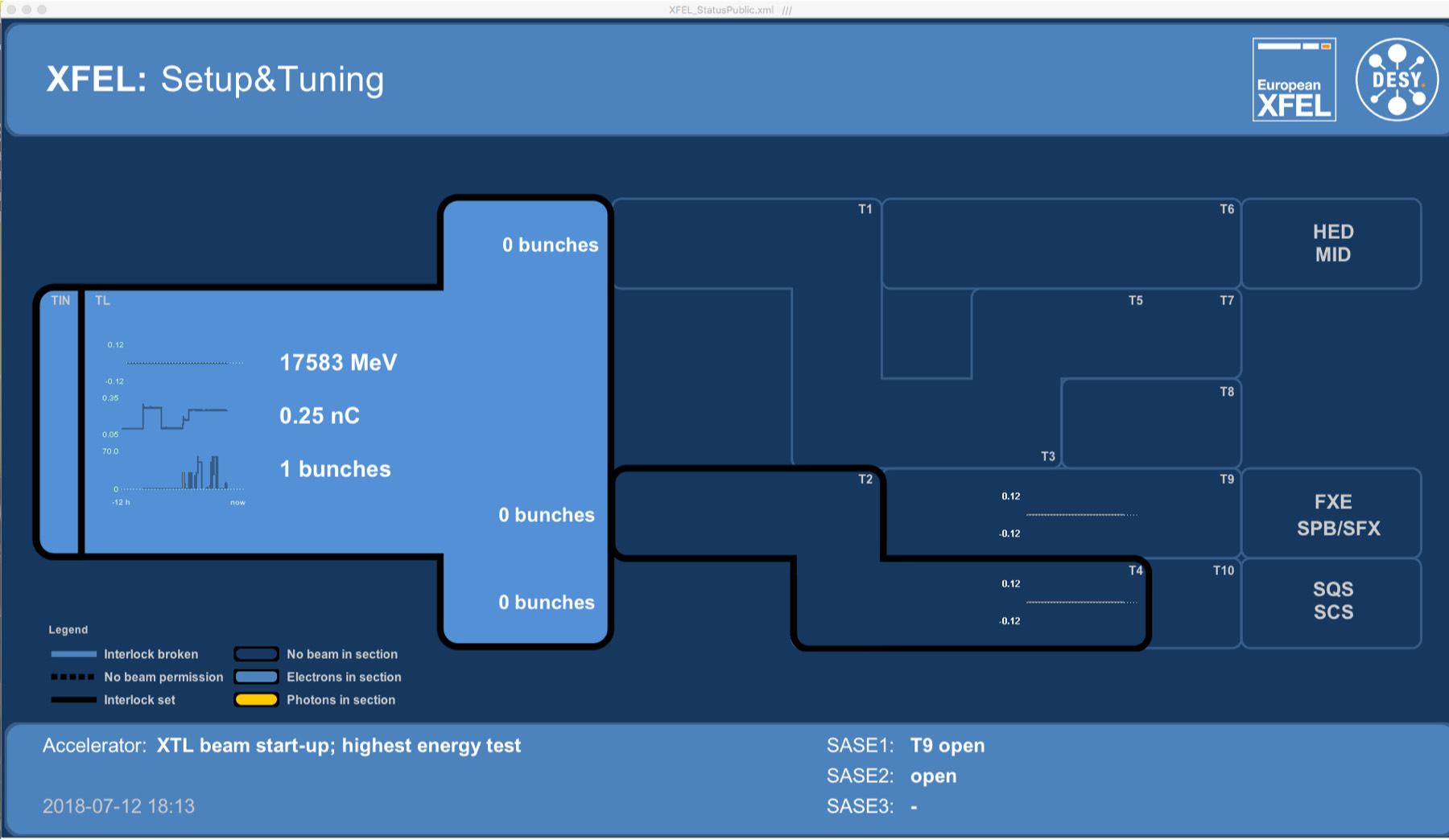 The accelerator of an X-ray free-electron laser like European XFEL provides the high energy electrons that are later used for generating intense, ultrashort laser pulses. Initial user experiments are designed to work with light generated from electrons up to 14 GeV. In the future, the accelerator will operate at an energy range between 8 and 17.5 GeV, depending on experiment requirements. The increased energy range of the accelerator will enable the European XFEL to generate a wider range of X-ray energies, giving users more flexibility in their methods and the possibility to attempt experiments not before possible at other free-electron lasers. The superconducting TESLA accelerator technology provides a second factor for the outstanding capabilities of the European XFEL: it allows for acceleration of up to 27 000 electron bunches per second, producing 27 000 X-ray laser flashes per second compared to the up to 120 flashes at X-ray lasers with conventional accelerator technology.

“Reaching the specified energy of the European XFEL accelerator is an important milestone for the world’s most advanced X-ray laser light source”, said European XFEL Managing Director Robert Feidenhans’l. “We thank our partners at DESY for their hard work in bringing the accelerator to this point and look forward to delivering ever more energetic X-ray pulses for our users.”