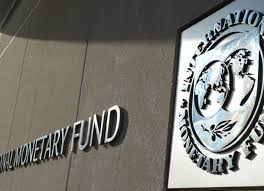 Yesterday, the President of Tajikistan Emomali Rahmon received a delegation of the International Monetary Fund (IMF) led by Padamja Khandelwal.

The discussion addressed the current state and prospects of bilateral cooperation within the framework of a wide-range lending mechanisms between the government of Tajikistan and the IMF.

The two sides commended Tajikistan – IMF cooperation and emphasized that the investment climate in Tajikistan has improved in recent years, and that all the necessary prerequisites appear to be in place for attracting foreign investment.

It was also stressed that within the framework of the long-term strategic plan for development and achieving Tajikistan’s strategic goals, such as energy independence, pulling the country out of communication deadlock, ensuring food security and rapid industrialization, the government’s efforts have contributed to resolving social and economic problems, and have created new jobs.

Likewise, it was noted that the government of Tajikistan will put serious efforts into strengthening cooperation with development partners within the framework of the country’s strategic development priorities for the sake of reducing the negative impact of external factors on the national economy by supporting the state budget, social spheres, energy and the transport infrastructure.

Office of the President of Tajikistan